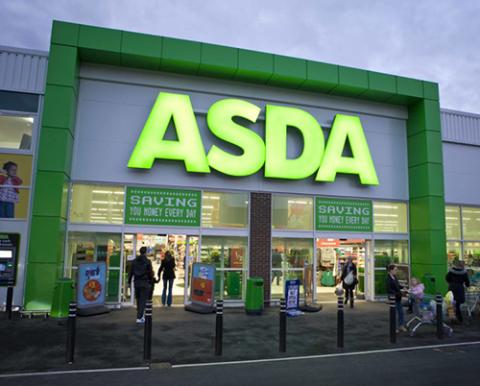 The retail giant is selling the majority stake in Asda Group Ltd., Britain’s third-largest grocery chain, to an investment group for an enterprise value of $8.8 billion. The group is composed of private equity firm TDR Capital and two U.K.-based  billionaires, Mohsin and Zuber Issa, founders and co-CEOs of global convenience store retailer EG Group, which has more than 6,000 locations. (In 2019, EG Group completed its acquisition of U.S. c-store chain Cumberland Farms, bringing its U.S. footprint to 1,680 c-stores and gas stations across 31 states.)

In April 2019, Walmart’s $10 billion deal to merge Asda with rival J Sainsbury was blocked by U.K. regulators, saying it would lead to higher prices in stores and online and at many petrol stations along with lower quality goods. Asda, which Walmart bought in 1999, has more than 600 stores across the U.K.

As part of the new deal, Walmart will retain an equity investment in the business, with an ongoing commercial relationship and a seat on the board. Asda CEO Roger Burnley will continue to head up the company.

Walmart expects to record a non-cash loss of about $2.5 billion this fiscal year due to the sale. The company’s earnings are expected to be diluted by about 25 cents per share in the first full year following the completion of the transaction - expected in the first half of fiscal 2022, the company said in a regulatory filing.

“We are delighted to be able to announce this deal today, which we believe creates the right ownership structure for Asda, building on its 71 year-heritage, whilst bringing a new entrepreneurial flair, not only to Asda, but also to U.K. retailing,” said Judith McKenna, president and CEO, Walmart.

“I’m delighted that Walmart will retain a significant financial stake, a board seat, and will continue as a strategic partner.”

The new owners are looking to drive growth at Asda by expanding its presence beyond traditional supermarkets by opening smaller neighborhood shops similar to competitors Tesco and Sainsbury’s, Reuters reported. They plan to invest more than $1.2 billion into the business in the next three years to keep prices low and to protect its supply chains.

In a release, Asda said that the Issa brothers will accelerate the chain’s existing strategy and will bring significant additional expertise, particularly in convenience retail and brand partnerships, drawing on their experience of building a global convenience retailer with more than 6,000 sites.

“They are well placed to support Asda in developing a compelling convenience retail proposition and taking it to market, and to advise on the development of strategic brand partnerships that will better enable Asda to address multiple consumer missions,” the company stated.

The transaction is subject to regulatory approvals and is expected to complete in the first quarter of 2021.