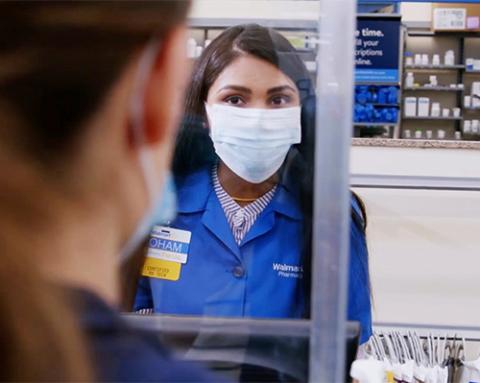 Walmart is raising the average pay of its pharmacy technicians to more than $20 an hour.

Walmart is increasing wages for its pharmacy workers.

The increase, effective this week, is the second pay increase during the past year for Walmart pharmacy workers. They received hikes of at least $1 to their base pay in August 2021. (Starting pay for the technicians will remain the same, ranging from $15 to $22.50, with certified techs starting at $16.50 and higher).

“We believe we are among the first large retailers to incorporate this kind of model – an approach that’s commonly seen in health care systems,” Kevin Host, senior VP, Walmart Health & Wellness, pharmacy, and Sean Jackson, senior VP, Sam’s Club GMM, health and wellness/consumables, wrote in a blog on the company’s website. “This will help associates increase their pay more quickly as they build their careers and continue working at Walmart.”

Walmart noted that the new investments work in tandem with its commitment to pay for eligible associates to become certified pharmacy technicians through benefits such as Live Better U and related programs.

Walmart said its certified pharmacy technicians can make $3 more per hour than their non-certified peers. To remove any roadblocks, Walmart covers the costs for getting certified to be a pharmacy technician – from career diplomas, on-the-job training and test prep, to paying the certification exam fee.