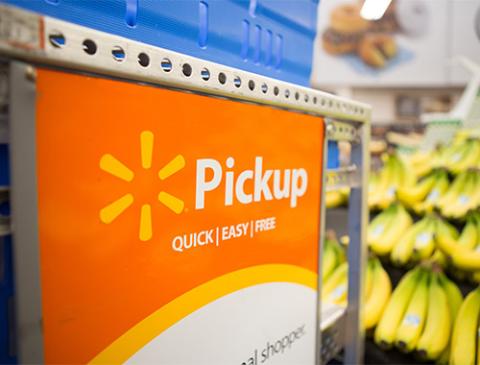 Walmart Inc.’s third-quarter sales rose by nearly 9% as shoppers — including affluent ones  — continued to prioritize value and deals, especially in grocery.

As it enters the critical holiday period, the nation's largest retailer increased its full-year forecast for revenue and profit, and announced a $20 billion share buyback

Walmart's profit for the quarter, ended Oct. 31, was affected by a charge of  $3.1 billion, or $1.05 a share, as part of an opioid-related nationwide legal settlement. (In a release, the company noted that it “strongly disputes the allegations in these matters, and this settlement framework does not include any admission of liability.”) The settlement is similar to those previously announced by CVS Health and Walgreens Boots Alliance.

The chain reported a net loss of $1.80 billion, or $0.66 per share, in the quarter ended Oct. 31, compared to net income of $3.11 billion, or $1.11 a share, in the year-ago period.  Excluding nonrecurring items such as the opioid charge, Walmart’s adjusted earnings were $1.50 per share, easily beating analysts expectations of $1.32.

Grocery sales were up mid-20% on a two-year stack, and food units sold increased year-over-year after a slight year-over-year decline in the previous quarter. In addition to grocery, other strong categories included health and wellness, where comp sales were up in the high single digits.

Walmart's U.S. digital net sales grew 16% over the year-ago period and 24% on a two-year stacked basis.  The chain now has pickup services available in 4,600 locations, with same-day delivery available from 3,900 stores.

On the company's earnings call, CEO Doug McMillion said that higher-income consumers have been shopping more often with Walmart. He also said that the holiday season will be more promotional and that it will be ready to react to any stepped up discounting

Walmart’s global advertising business grew over 30% during the quarter, led by 40% at Walmart Connect in the U.S. and strength in Flipkart Ads.

The company reduced its excess inventory during the quarter. Walmart’s inventory was up 13% year-over-year, but down from the previous two quarters (26% in the second quarter and 32% in the first quarter.)

“Walmart U.S. continued to gain market share in grocery, helped by unit growth in our food business,” stated McMillion. “We significantly improved our inventory position in Q3, and we’ll continue to make progress as we end the year.