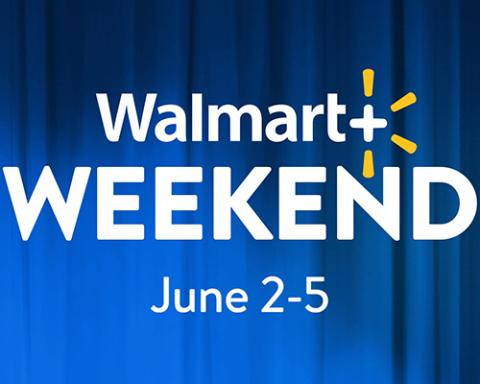 A major spring sale is coming for Walmart+ members.

Walmart is hosting another special online shopping event for members of its paid subscription loyalty program.

Only members will have access to discounts, but Walmart is also using the event to drive membership in the Walmart+ program. On top of the deals, customers who sign up in a Walmart store during Walmart+ Weekend and become a paid Walmart+ member will get a $20 promotional code off their next online purchase.

Each Black Friday savings event began online at Walmart.com and continue with the same deals in Walmart stores. Discounts were featured on items including toys and electronics, tires, apparel, home goods, and hardlines.

Data from Numerator showed that for the second straight year, Amazon captured the highest share — 17.5% — of Black Friday 2021 sales. However, Gen Z shoppers spent more of their Black Friday dollars at Walmart (12.7%) than Amazon. Walmart was also the top Black Friday retailer among low-income shoppers (household income less than $40,000 per year) and tied Amazon for top share of Hispanic/Latino spend.

Amazon is hardly sitting still in launching promotional sales events for members of its Amazon Prime membership service. The e-tail giant ran a special 24-hour Amazon Pet Day sale on May 2, and has announced that its annual Prime Day sales extravaganza will take place in July this year.

Launched in September 2020, Walmart+ costs $98 a year, or $12.95 a month, with a 15-day free trial period. Walmart+ members will receive free next-day and two-day shipping on most items shipped by Walmart, no matter the basket total. Prices on items will remain the same. Delivery from Walmart stores on items like groceries will still carry a $35 minimum.

The Amazon Prime membership service, which costs $119 a year, or $12.99 a month, also requires no minimum order to qualify for free shipping, although the Amazon Fresh online grocery delivery service carries a $35 free shipping minimum. Amazon has been making significant investments in fulfillment infrastructure to expand the assortment and geographic reach of free one-day Prime delivery.

“Our Walmart+ members loved early access to our Black Friday events, so we were inspired to create an entire weekend dedicated to the best deals,” said Chris Cracchiolo, senior VP and GM at Walmart. “Giving members more of what they want with exclusive, unprecedented Black Friday-like savings allows us to celebrate our members in a fun, new way.”