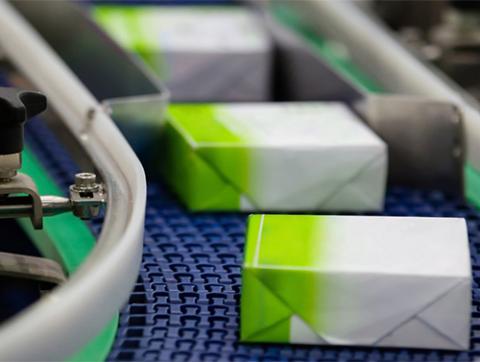 Walmart is making significant progress in its initiative to cut greenhouse gas (GHG) emissions from supply chain partners.
The discount giant is now more than halfway toward its goal to reduce or avoid one billion metric tons (a gigaton) of greenhouse gas (GHG) emissions from product supply chains by 2030 through its Project Gigaton initiative. Project Gigaton is a company-wide effort for Walmart to work with its suppliers to reduce or avoid one gigaton of Scope 3 greenhouse gas emissions (generated by suppliers and not the company or its energy use) from the global value chain by 2030.
[Read more: Walmart sets big new goal: Zero emissions by 2040]
With over 4,500 of its suppliers engaged since the initiative’s launch in 2017, Walmart’s suppliers are reporting a cumulative total of more than 574 million metric tons of emissions reduced or avoided.Over the years, Walmart has expanded Project Gigaton to focus action on six arenas in product supply chains that are key for emissions reduction and also align with suppliers’ business priorities: energy use, nature, waste, packaging, transportation and product design.
In parallel with Project Gigaton, Walmart is working on refining its estimates of its Scope 3 emissions footprint, based on the latest available methodologies. In the coming months, the company expects to revise its Scope 3 targets in collaboration with non-governmental organizations (NGOs), suppliers and other stakeholders.
Walmart takes active climate role
Walmart engages in a number of efforts beyond Project Gigaton to support climate sustainability. For example, the company recently joined the Pacific Coast Food Waste Commitment (PCFWC), a public-private partnership focused on reducing food waste on the U.S. West Coast. Walmart’s U.S. business has publicly committed to support and work toward PCFWC's goal to reduce and prevent food waste by 50% along the West Coast by 2030 as a climate change solution.
Walmart has also taken part in a number of corporate food sustainability initiatives. Recent examples include a commitment to begin purchasing Pacific Island Tuna (PIT) products for Walmart’s in-house brand, Great Value. Pacific Island Tuna is a new partnership between nonprofit The Nature Conservancy and the Republic of the Marshall Islands, with a portion of the profits anticipated to be directed back to Pacific Island communities. The initiative has been set up to deliver environmental, labor and traceability standards.
And Walmart Canada will purchase what the company says is the largest known quantity of beef from certified sustainable Canadian farms and ranches ever sourced by a single retailer in Canada, in accordance with sustainability standards set by the Canadian Roundtable for Sustainable Beef (CRSB).
“There is still much more to do,” Kathleen McLaughlin, executive VP and chief sustainability officer, Walmart Inc. and president, Walmart Foundation, said in a corporate blog post. “Individually and collectively, we can all accelerate our own climate action and advocate for consistent and robust national and international policies that align with the Paris Agreement. Stay tuned as we publish additional environmental, social and governance (ESG) briefs throughout the year covering progress on our key initiatives.”
Advertisement