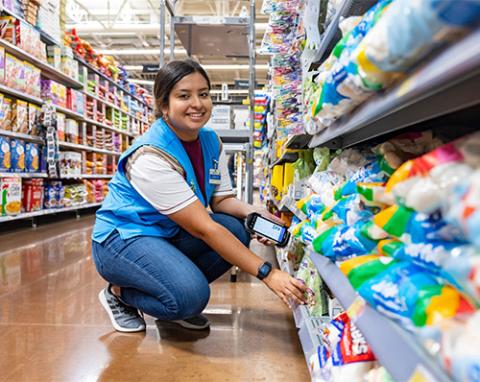 The discount giant, which is the nation's largest private employer, said it plans to hire about 40,000 employees for a variety of seasonal and full-time positions across its business as the holiday season draws near. The positions include seasonal store associates, customer service associates for call centers and permanent truck drivers.

In addition, Walmart said it will offer extra hours to current in-store employees who want them.

Walmart’s seasonal hiring plans are much smaller than last year when the company said it planned to hire approximately 150,000  U.S. store associates in time for the holiday season, with most of the roles permanent, full-time positions. In addition, Walmart's 2021 plans included hiring 20,000 supply chain workers.

Walmart’s average U.S. wage is now more than $17 an hour. During the last several months, the company has raised pay in areas ranging from pharmacy technicians to truck drivers.

“We have a long history of promoting from within, and I’m proud that it continues to be a core part of our culture,” she said.

Early forecasts for the upcoming holiday season have been modest compared to last year as consumers grapple with higher prices and economic uncertainty. Deloitte’s annual holiday forecast predicts that year-over-year holiday sales will increase 4% to 6%. By comparison, sales grew 15.1% during the 2022 holiday timeframe (November 2021 to January 2022).