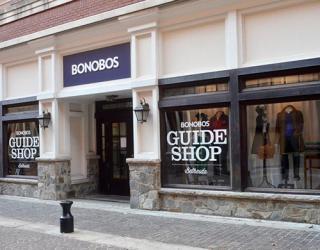 Walmart is reportedly laying off staffers from its Bonobos omnichannel menswear brand.

According to Vox, the discounter laid off “dozens” of Bonobos’ approximately 600 employees on Monday, Oct. 7. It is not clear whether affected roles were in Bonobos’ corporate offices, 60-plus brick-and-mortar stores, or both.

“Today we made the difficult decision to part ways with valued members of the Bonobos team,” a Walmart spokesperson told Vox in a statement. “These decisions are not taken lightly, but we believe they are necessary to set the brand and business up for long-term success.”

Walmart purchased Bonobos for $310 million in 2017, as part of a larger push at the time to acquire e-commerce brands that appealed to younger, higher-income consumers. Other e-commerce brands purchased around the same time period included ModCloth and Jet.com.

However, according to Recode, none of those three retailers has yet turned a profit, and Walmart has been taking action to stem any losses associated with its e-commerce acquisitions. Earlier this month, Walmart reached an agreement to sell ModCloth to GoGlobal Retail for an undisclosed sum. In June 2019, the company announced it would merge Jet.com’s retail, technology, marketing, analytics and products teams into the rest of its digital business, eliminating the role of Jet.com president in the process.