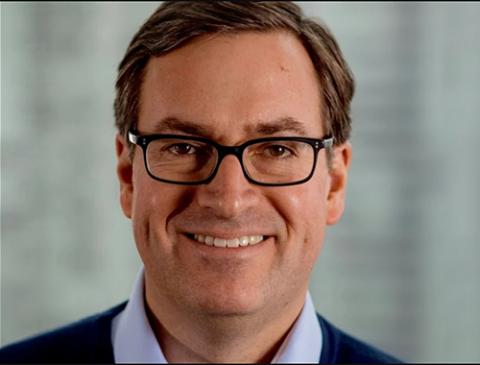 Amazon CEO of worldwide consumer Dave Clark is stepping down.

After less than two years, Amazon will once again have a vacancy in the critical role of CEO of worldwide consumer business.

Dave Clark, a 23-year Amazon veteran and one of the most important executives at the company, will step down, effective July 1, 2022, to pursue other opportunities. Amazon revealed the news in a regulatory filing and also in a message to employees by company CEO Andy Jassy that was posted on the Amazon website. No immediate successor was named, but the company said it expected to provide an update during the next few weeks.

In his note, Jassy praised Clark and alluded to his taking over as CEO of worldwide consumer in the midst of the COVID-19 pandemic.

“Please join me in thanking Dave for his many accomplishments over the years at Amazon, and especially for what he’s delivered for customers,” said Jassy. “The past few years have been among the most challenging and unpredictable we’ve faced in the history of Amazon’s Consumer business, and I’m particularly appreciative of Dave’s leadership during that time.”

In a note to staff that was also posted on the company’s website, Clark said he felt it was the right time to leave.

“For some time, I have discussed my intent to transition out of Amazon with my family and others close to me, but I wanted to ensure the teams were setup for success,” he said. “I feel confident that time is now. We have a great leadership team across the Consumer business that is ready to take on more as the company evolves past the customer experience challenges we took on during the COVID-19 pandemic. We also have a solid multi-year plan to fight the inflationary challenges we are facing in 2022.”

Clark, 49, is widely credited as the architect of Amazon massive warehouse network. He joined the company in May 1999 as part of the  Amazon Pathways operations leadership development program and rose steadily through the ranks. He was named VP of global customer fulfillment in 2012, and senior VP of worldwide operations in 2013.

He took over as CEO of Amazon’s worldwide consumer business in 2021, succeeding Jeff Wilke, who had also begun his career with Amazon in 1999. Wilke, whose departure came as something of a shock, had held the CEO of worldwide consumer title since 2013, and was widely seen as a potential successor to Amazon CEO Jeff Bezos. He has since been advising start-up founders in a variety of industries.

Clark’s responsibilities at Amazon include e-commerce, physical stores, Amazon Marketplace, and Amazon Prime. Although Amazon performed impressively during the peak of the COVID-19 pandemic, as many consumers shifted to online shopping and a large number of physical stores had to partially or fully close down for several months, the company’s most recent quarterly earnings included a net loss (largely attributed to its electric vehicle program) and a slight miss on net sales.

In addition, for the second quarter, Amazon said it expects second-quarter revenue of $116 billion to $121 billion. Analysts were projecting sales of $125.5 billion.

In his note to Amazon employees, Jassy said the e-tailer has work to do to achieve all of its consumer-related goals.

“As we shared last week during our annual shareholder meeting, we still have more work in front of us to get to where we ultimately want to be in our consumer business,” said Jassy. “To that end, we’re trying to be thoughtful in our plans for Dave’s succession and any changes we make. I expect to be ready with an update for you over the next few weeks.”

According to a report by Bloomberg, Clark's sudden departure signals that Jassy is looking for changes in the company’s consumer division, which overbuilt during the pandemic and left Amazon with excess warehouse space.

Clark joined Amazon after receiving an MBA degree from the University of Tennessee.