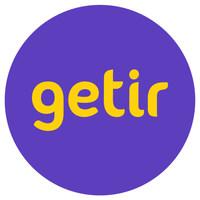 The U.S. market to deliver groceries in 10 minutes or less keeps gaining entrants.

Founded in Istanbul, Turkey in 2015, Getir is debuting its ultrafast grocery delivery services in the U.S. with the launch of operations in Chicago. To further expand its U.S. presence, Getir plans to roll out its services to the New York City and Boston metropolitan regions by the end of 2021.

The company offers approximately 1,500 everyday items, including chocolate, water, dairy, cleaning materials, snack chips, and pet food for delivery to customers within 10 minutes. The initial Chicago coverage area ranges from Rogers Park to Chinatown, and from the lakefront to Logan Square, with plans of further expansion throughout the city.

While ultrafast delivery services that fulfill orders in less than 15 minutes are nothing new, until 2021, in the U.S. they had mostly been offered on a highly localized basis by smaller platforms. But European fast delivery startup Gorillas, which fulfills online grocery orders in 10 minutes or less, debuted in Brooklyn at the end of May. And Philadelphia-based Gopuff, which provides speedy delivery (in as little as minutes) of immediate everyday needs, is expanding on the West Coast.

In addition, Buyk recently launched operations in Manhattan with a promise of fulfilling online and mobile orders in 15 minutes or less. Orders require no minimum spend and no delivery fee. New York-based Buyk plans to expand across all New York City boroughs by the end of 2021, and then expand operations in 2022 in the largest metro areas of the U.S.

Getir is entering the U.S. following several other successful international expansions across Europe, and is now operational in nine countries worldwide, with plans for further global expansion. The company offers full-time positions, benefits, and employee status to drivers and packers. Drivers are fully insured and provided with e-bikes and e-mopeds, as well as helmets and protective equipment. Additionally, drivers receive comprehensive training and safety courses.

"Our expansion into the United States is well-timed; we've been perfecting our approach in ultrafast delivery since we created the model six years ago. Now that we're established and thriving in Europe, it's an optimal time for us to move further afield and introduce ourselves to the U.S. market. We're excited to showcase our best-in-class service to new customers and firmly establish ourselves as the true innovators and pioneers of this bustling sector," said Nazim Salur, founder of Getir. "I'm proud to initiate Getir's launch in this wonderful city, and to continue providing convenience to our customers all while generating meaningful jobs in the local community."

Getir is now operating in 47 cities in Turkey and also operates in the U.K., Netherlands, Germany, France, Spain, Italy, and Portugal, as well as in the U.S.