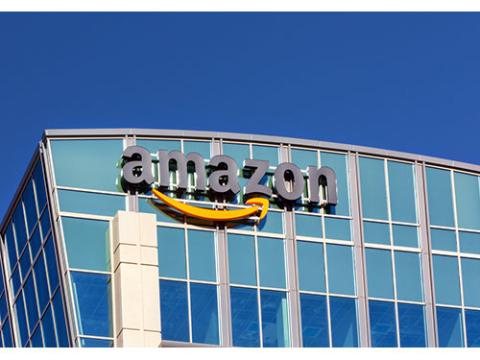 Amazon’s incoming CEO of consumer business has a full plate.

Whomever fills the role of CEO of worldwide consumer business at Amazon will have pressing issues to address.

Dave Clark, a 23-year Amazon veteran and one of the most important executives at the company, recently announced he will step down, effective July 1, 2022. No immediate successor has been named, but the company said it expects to provide an update during the next few weeks.

Inevitably, a new CEO of worldwide consumer business will take over at Amazon. While Clark has an impressive record of achievement at the e-tail giant, his successor still has some immediate challenges to face. Here are the top three.

Amazon will overtake Walmart to become the largest retailer in the United States by 2024, and add more than $294 billion in U.S. sales between 2021 and 2026, according to a recent report by Edge by Ascential. This doesn’t change the fact that Walmart is Amazon’s number one rival, and is always looking a competitive edge.

Walmart is also not ceding any ground to Amazon in the area of logistics innovation. The discount giant is actively beefing up its ability to rapidly fulfill e-commerce orders with projects like dedicated state-of-the-art fulfillment centers and driverless “middle mile” trucks that support online grocery orders.

Amazon has long provided immersive, augmented and virtual reality experiences like 3D room design and virtual try-on services. But so far, the e-tailer has not taken a lot of public steps into the current trend of full-fledged metaverse shopping.

While most surveys indicate that a majority of consumers are not yet active metaverse participants, an increasing number of retailers are establishing themselves as pioneers in the metaverse commerce space. Gap, Pacsun, and Facebook parent Meta(which changed its corporate identity to represent a metaverse orientation) are only a few.

Amazon cannot afford to stand by and let other retailers assume dominant positions in the still-evolving metaverse. The next CEO of consumer business needs to figure out, how, when and where the company makes its metaverse mark.

According to a recent survey of 400 U.S. consumers from resale commerce startup FloorFound, more than nine in 10 (92%) respondents already have purchased a resale item online in the past. An even higher percentage (95%) would purchase resale items from brands at a discount. In addition, eight in 10 respondents said they expect brands to deliver more sustainable options.

In addition to specialty resale providers like Rebag and ThredUp, resale is seeing increased activity from players like the eBay Refurbished program; as well as from traditional retailers launching resale programs, such as Lululemon.

Amazon certainly serves as a viable resale platform, but is not necessarily a leader in the burgeoning market. Clark’s successor needs to re-examine Amazon’s resale position and what steps may be needed to solidify or enhance it.