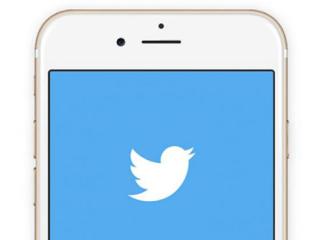 Twitter is becoming an intriguing acquisition possibility for Amazon.

Amazon has plenty of opportunities for growth through acquisition.

While Amazon recently received a lot of notice for its $3.9 billion purchase of health care provider One Medical, there are still other potential acquisitions that could be even more impactful. Here’s a look at why Amazon may benefit from purchasing Twitter, Kohl’s, and /or Wayfair.

The odds of Elon Musk acquiring Twitter seem to grow dimmer by the day. An agreement for the world’s richest person to purchase Twitter for $44 billion which was announced with much fanfare in April 2022 is now headed for a court battle. Musk said he was terminating the deal in July, and the final outcome will most likely involve Musk paying some type of settlement to walk away cleanly.

Assuming Twitter remains out of Musk’s control, it may represent a good buy for Amazon, even though it would likely dwarf the price Amazon has paid for any previous acquisition. Although the e-tail giant does own the Twitch social gaming platform and a livestream shopping network, it does not have a full-fledged social network as part of its increasingly diversified portfolio.

Owning a social network would help balance Amazon competitively against rival tech giants such as Facebook and Google (owner of YouTube). And Twitter fits nicely with Amazon’s e-tail landscape, with social commerce efforts including the beta test of a new offering called Twitter Shop, which will allow retailers to curate a collection of up to 50 products to showcase to customers on their Twitter profile.

The idea of Amazon purchasing struggling department Kohl’s has been floated for the past few years. It makes sense from several angles – Amazon and Kohl’s have a level of existing supply chain integration as a result of Kohl’s in-store Amazon return stations, and obtaining a physical store fleet would reduce Walmart’s supply chain edge in using local stores to fulfill online orders.

In addition, Kohl’s was openly considering a sale as recently as June 2022, just cut its fiscal 2022 outlook and has seen a number of C-level executives leave in recent months.

However, the recent launch of the Amazon Style high-tech apparel store format, which is designed to combine the personalization of e-commerce with the immediacy of brick-and-mortar shopping, creates another potential reason for Amazon to purchase Kohl’s.

While Amazon would likely continue to build new Amazon Style stores and maintain the Kohl’s brand, it could equip some Kohl’s stores with self-service digital technology used in Amazon Style, similar to how it includes functionality found in its high-tech Amazon Fresh grocery chain at select Whole Foods locations.

Home furnishings is a unique, and highly challenging, retail niche. Products are bulky, often require specialized shipping and assembly services, and orders can take months to fulfill even in times of optimal supply chain performance.

Direct-to-consumer giant Wayfair was the number one home goods retailer by market share (according to total revenue) in the second quarter of fiscal 2022. However, the company still saw significant declines in active customer base, profit and sales during the quarter.

Wayfair has the infrastructure and the niche-specific knowhow for direct-to-consumer furniture retailing, which Amazon could integrate into its finely tuned e-commerce operation. Amazon could maintain Wayfair (and possibly some or all of its retail brand portfolio), or simply use it as the infrastructure for “Amazon Furniture.” As an added plus, Wayfair has begun expanding in the brick-and-mortar space.