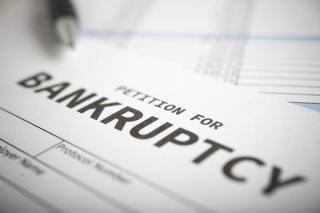 First Situation: You are a landlord whose shopping center tenant has commenced a Chapter 11 bankruptcy case.

The retailer’s lease is below market, and you want to preserve a carefully curated tenant mix at the center. You also fear a going-out-of-business (GOB) sale will be run at the premises with signage that may harm the center’s image and reputation.

Second Situation: You own a store at a shopping center, and a neighboring retailer has commenced a Chapter 11 case. You have concerns about a competing retailer acquiring the lease out of bankruptcy in violation of an exclusive use provision in your lease.

Third Situation: You would like to open a store at a particular shopping center, but you cannot get a satisfactory location there. You learn that another retailer with a good location at the shopping center has commenced a Chapter 11 case.

To start, bankruptcy clauses that purport to terminate a lease upon the tenant’s bankruptcy are not enforceable under the Bankruptcy Code. And leases can be assigned (i.e., sold) in a Chapter 11 case over a landlord’s objection despite language in a lease prohibiting an assignment without the landlord’s consent.

The debtor (bankrupt retailer) must make a decision whether to assume (affirm) or reject (effectively terminate) its leases within 120 days of commencement of its bankruptcy case.   However, at the request of the debtor, the court may extend this period to as many as 210 days.

While 210 days may seem like a lot of time, a debtor’s secured lenders will give the debtor a relatively brief period to reorganize before requiring liquidation of their collateral.

To maximize value, a GOB sale (and preparations for the sale) typically must begin at least 90 to 120 days before expiration of those 210 days. Consequently, a retail debtor in Chapter 11 has a short time period within which to reorganize, sell its assets and/or run GOB sales at its underperforming locations and find buyers for those leases.

The timing of a debtor’s potential lease rejection should be closely monitored by a landlord. Depending on the time required for tenant improvements, a new tenant may be unable to open in time for an upcoming peak season, leaving the center with dark space. Consequently, a landlord may want to object to a debtor’s request to extend the initial 120-day period to assume or reject a lease or seek to reduce the length of any extension.

There has been a recent uptick in Chapter 11 cases where debtors have been unable to pay claims that arose after the petition date (i.e., “administrative” claims) in full. As a result,  landlords must be especially vigilant when bankrupt tenants fall behind on rent. A landlord’s claim for post-petition rent has administrative claim status (senior to other unsecured claims).

However, when a bankruptcy case is failing (which can be ascertained by frequent monitoring), landlords should not rely on the administrative status of their claims for payment and instead should promptly file an application with the court seeking to compel payment. Such applications are heard relatively quickly and should include a request that the tenant be ordered to immediately vacate the premises and reject and surrender the lease if the rent is not paid.

While a bankruptcy judge may prefer to see a lease assumed and assigned in order to generate proceeds that can be used to repay creditors, landlords should not hesitate to oppose assignment if they believe the new tenant lacks financial wherewithal or intends to sell goods prohibited under the debtor’s lease.

A landlord’s claim arising from a debtor’s rejection of a lease is treated as a general unsecured claim even though lease rejection occurs after the petition date. In addition, the claim is capped at one year of rent under the lease or 15% of the remaining lease term, whichever is greater, plus any prepetition arrearages. In most instances, general unsecured claims in retail cases are paid pennies on the dollar.

A debtor with a significant number of leases typically will hire a real estate advisor to determine which leases are below market in order to sell them to other retailers. Any prospective tenant may contact the debtor’s real estate advisor if they are interested in making a bid.

The advisor knows the debtor has relatively little time to find a buyer, so potential assignees with a strong balance sheet that can close promptly and can abide by any use restrictions in the lease are very attractive buyers. The last thing a debtor wants is to have to pay rent for a vacant store after the GOB sale concludes while seeking a buyer for the lease.

For shopping centers, there are special provisions in the Bankruptcy Code that, among other things, prevent assignment of a lease if the assignment would disrupt the existing tenant mix or violate an exclusive use provision in another tenant’s lease in the center. An example of an inappropriate assignee would be replacing a greeting card shop with a shoe store when there already are several shoe stores in the center — or there is a single shoe store with exclusive use rights.

Consequently,  a landlord or an existing tenant should monitor the debtor’s bankruptcy case in order to file an objection if a prospective assignee will disrupt the tenant mix or violate its exclusive use rights. A landlord itself may consider bidding for the lease in order to retain control of the space.

Liquidation and GOB sales are a big business today and are conducted by professional liquidators who will “augment” the debtor’s inventory with goods specially brought in for the GOB sale–goods, which may be of a different type or quality and not authorized for sale under the debtor’s lease. For the reasons, it is imperative that a landlord monitor the bankruptcy and consider objecting to approval of the “agency” agreement between the debtor and liquidator where the GOB sale would allow for improper augmentation in violation of the lease.

In a similar vein, other tenants in the shopping center with exclusive rights to sell certain types of goods should consider objecting where the agency agreement contemplates a violation of such rights.

Retail Chapter 11s have become very common. Unfortunately, so have administratively insolvent cases. At the same time, the sale of leases and the conduct of GOB sales have become a big business. Unless a shopping center landlord and surrounding tenants pay close attention and take prompt action, their rights may be adversely affected because lenders and creditors benefit from such sales even if they come at the expense of landlords and surrounding tenants.

Finally, because of the short time frame within which a retail debtor must reorganize, find a going-concern buyer and/or run a GOB sale and sell its below market leases, qualified prospective buyers that can move quickly to close may find opportunities to acquire leases at bargain prices in retail Chapter 11 liquidations.

Kenneth A. Rosen is partner and chair emeritus of Lowenstein Sandler LLP’s bankruptcy and restructuring department. Michael Savetsky is senior counsel at the firm.

*The views expressed above are those of the authors alone and do not necessarily reflect the views of Lowenstein Sandler LLP. Each case is unique, and the law is subject to interpretation. This article is for general information purposes and does not constitute legal advice.