The key to driving mobile wallet usage is…

The key to driving mobile wallet usage is…

Mobile wallets may enable users to electronically and seamlessly pay for merchandise, however digital payments are not driving usage.

Promotions are the No. 1 reason consumers are drawn to mobile wallets, especially since consumers are ready to go digital with coupons and loyalty cards, according to the “U.S. Consumer Mobile Report,” from mobile marketing company Vibes.

This suggests that a gap exists between what consumers want from brands and what is currently being offered to them, according to the study.

Conversely, use of new messaging apps, like Facebook Messenger, is steadily growing. More than half (61%) of respondents subscribe to mobile messaging because of incentives or coupons, combined with 55% who subscribe because of loyalty rewards points.

Moving forward, brands should leverage loyalty offers more regularly in their messaging, rather than leaning on convenience, to promote adoption of these channels. Further, brands need to strike a balance with message volume. Consumers who find text messaging useful will be drawn to value-based communications (like incentives and rewards). They will unsubscribe if they receive too many messages, the study revealed.

The same holds true for mobile apps overall. Brands must stay current and cutting-edge if they want to secure real estate on a customer’s smart device. Retailer, restaurant and brand apps remain the most commonly downloaded type of app, but consumers will delete apps if they are unused or take up too much storage, the study said.

“The findings show that consumers’ increasing use of wallet is for storing loyalty cards, coupons, and tickets – it’s not about payments," said Jack Philbin, co-founder and CEO of Vibes.

"In fact, the largest consumer use case is currently boarding passes which have been live in Apple Wallet for years and are now supported by Google as well. Simply having an app is no longer enough for brands to cut through the clutter. Consumers want personalization – this is what must be reflected in mobile strategy across channels where consumers spend their time.” 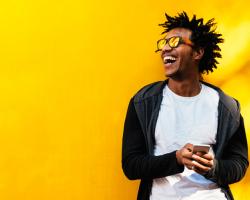 TECHNOLOGY
Study: The top brand among mobile consumers is… 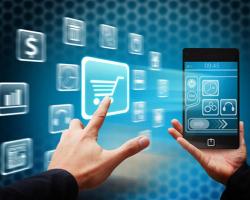