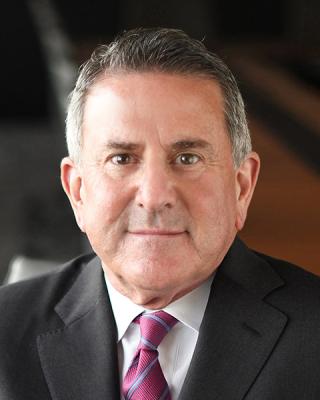 Brian Cornell has served as CEO of Target Corp. since 2014.

The discounter said that its CEO, Brian Cornell, has agreed to remain in his role for about three more years. With Cornell's commitment, Target’s board eliminated the company retirement policy, which it said was designed to initiate a discussion “regarding the possible retirement of its CEO at the age of 65.”

Cornell, 63, took the reins of Target in 2014. The company has added nearly $40 billion in annual revenue since he joined. But similar to many other retailers, Target has cut its forecast twice this year amid economic volatility, excess inventory reduction efforts and inflation-weary consumers. Its profit fell nearly 90% in its most recently completed second quarter.

Prior to Target, Cornell spent more than 30 years in escalating leadership positions across retail and consumer-product companies that included chief marketing officer at Safeway Inc. and CEO at Michaels, Sam’s Club and PepsiCo Americas Foods.

"In discussions about the company's longer-term plans, it was important to us as a board to assure our stakeholders that Brian intends to stay in his role beyond the traditional retirement age of 65,” said Monica Lozano, lead independent director of Target's board of directors. “We enthusiastically support his commitment and his continued leadership, especially considering his track record and the company's strong financial performance during his tenure. The board is pleased that Brian has committed to continue leading Target's strategy and driving its multi-year, long-range plan alongside his talented leadership team."

In a statement, Cornell called being a Target team member the “high point” of his career and said he was energized about “leading the company in the years ahead as we build on the growth we've already accomplished.”

"Our success is fueled by the best team in retail, and I am confident our culture will continue to propel our company forward,” he added. “I appreciate the board's confidence, the opportunity to keep serving our guests, and the chance to continue leading Target in the years ahead."

New Supply Chain Chief
McCarthy is an 18-year Target veteran who has held numerous leadership positions across the company. During her tenure at Target, she has built a global team, modernized inventory management technology resources, led through supply chain volatility during COVID-19 and navigated inventory optimization efforts, the company said.

"Arthur [Valdez] brought deep expertise to Target, and his leadership drove significant innovation across our supply chain, fueling Target's omnichannel growth," Cornell said. "Gretchen will be an excellent addition to our leadership team. She is stepping into her role as a proven leader who will bring a deep understanding of our business operations, and a highly collaborative, solution-oriented approach to leadership. She and her global team will continue to drive our supply chain strategy to deliver for our guests and support strong enterprise growth."

McCarthy will report to John Mulligan, Target's executive VP and COO, effective immediately. Valdez and McCarthy have been partnering closely to ensure a smooth transition, and Valdez will continue working with the Target team in an advisory role through April 2023.