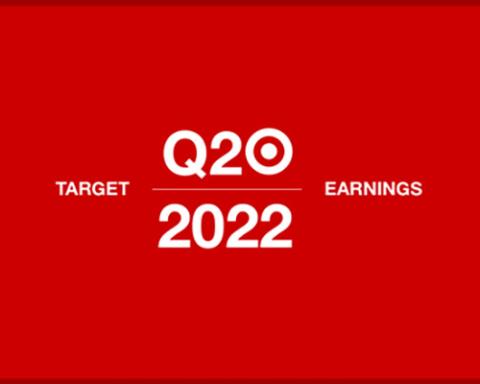 Net earnings at Target Corp. took a steep dive for the second straight quarter as the company felt the impact of inventory reduction efforts.

Target opened five new stores during the quarter, and completed its 1,000th store remodel since 2017. So far this year, 80 Ulta at Target shops have opened, with more than 250 planned for the full year.

“I want to thank our team for their tireless work to deliver on the inventory rightsizing goals we announced in June,” said Brian Cornell, chairman and CEO, Target Corp. “While these inventory actions put significant pressure on our near-term profitability, we’re confident this was the right long-term decision in support of our customers, our team and our business.”

The actions Cornell referred to include setting additional markdowns, removing excess inventory and canceling orders. In addition, Target plans to build additional capacity in its upstream supply chain to support future growth by adding five distribution centers over the next two fiscal years.

While the company says it is planning cautiously for the remainder of the year, Target is maintaining its prior guidance for full-year revenue growth in the low- to mid-single digit range, and an operating margin rate in a range around 6% in the back half of the year.

“I’m really pleased with the underlying performance of our business, which continues to grow traffic and sales while delivering broad-based unit-share gains in a very challenging environment,” said Cornell. “Looking ahead, the team is energized and ready to serve our guests in the back half of the year, with a safe, clean, uncluttered shopping experience, compelling value across every category, and a fresh assortment to serve our customers’ wants and needs.”