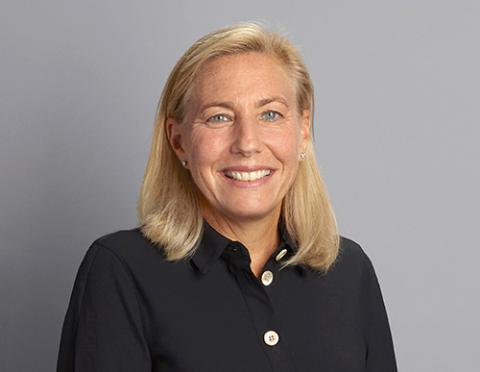 Tapestry Inc.’s search for a chief executive officer has ended in house.

The parent company of luxury brands Coach, Kate Spade and Stuart Weitz named Joanne Crevoiserat as CEO, effective immediately. She has served in the position on an interim basis since July 2020, following the abrupt departure of Jide Zeitlin, who left the company amid #MeToo allegations. Crevoiserat, who is also expected to join Tapestry’s board, joined the company in August 2019 as CFO.

Prior to joining Tapestry, Crevoiserat was executive VP and COO at Abercrombie & Fitch Co. from February 2017 to June 2019. She joined Abercrombie in May 2014 as CFO and also served as executive VP, CFO and COO, and interim principal executive officer during her tenure with the company.

Before joining Abercrombie, Crevoiserat served in a number of senior management roles at Kohl’s Corp., including executive VP of finance and executive VP of merchandise planning and allocation. Prior to Kohl’s, she held senior finance positions with Walmart and May Department Stores.

“After completing a comprehensive internal and external search, the board unanimously concluded that Joanne is the best candidate to lead Tapestry’s next chapter of growth as CEO,” stated Susan Kropf, board chair, Tapestry. “Since taking on the role of Interim CEO in July, Joanne has led with a customer-centric, data-driven approach, an understanding of the unique needs and advantages of our house of brands and a focus on execution and growth. Joanne has a passion for our brands and our company, deep financial and operational expertise and a belief in the power of our teams. She has been instrumental in setting Tapestry’s strategic agenda and has a clear vision for what is needed to drive our success in the future.”