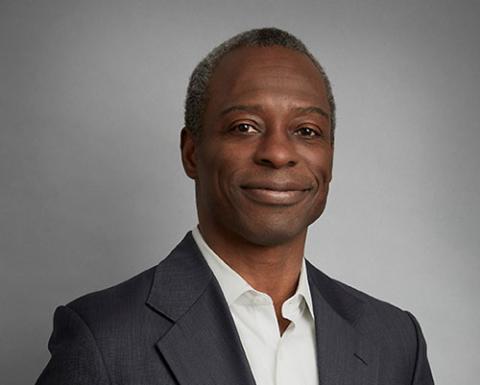 Tapestry is on the hunt for a new chief executive.

In an unexpected announcement, the parent company of luxury brands Coach, Kate Spade and Stuart Weitz said that, effective immediately, Jide Zeitlin, chairman and CEO, has resigned from the company and its board for “personal reasons.”  After the company made the announcement, allegations surfaced that he posed as a photographer in 2007 in order to lure a woman into a relationship.

"In the past month, a woman I photographed and had a relationship with more than 10 years ago reached out to various media organizations to express her concerns about what had occurred,” Zeitlin said in a statement.  “I felt compelled to resign today because I do not want to create a distraction for Tapestry, a company I care deeply about.”

According to the Wall Street Journal,  Tapestry's board has hired the law firm Fried, Frank, Harris, Shriver & Jacobson LLP to probe allegations about Zeitlin raised by at least one woman.

Joanne Crevoiserat, CFO, has been appointed interim CEO. Susan Kropf, lead independent director, was named chair. Tapestry said it is beginning a search for a permanent CEO, which will include internal and external candidates.

Zeitlin, 56, took the reins of Tapestry as interim CEO (and later took on the position permanently) in September 2019, following the departure of Victor Luis. Luis, who transformed the Coach business into a multi-branded company, was ousted over disappointment by the board with the company’s results. Zeitlin spent 20 years at Goldman Sachs before joining Tapestry.

“Jide has made meaningful contributions to Tapestry over the past 14 years, first as a director, and then as chairman, and most recently as CEO,” said Kropf in a statement released by Tapestry.. “During his tenure as CEO, he played a key role in driving the development of Tapestry’s strategic growth agenda. Importantly, he led with purpose during these unprecedented times.”

In a statement released before the allegations surfaced, Zeitlin said: “It has been a privilege to lead Tapestry with its powerful brands and outstanding people. I have incredible belief in the company’s growth potential as each brand sharpens its focus on meeting the broad and diverse needs of their consumers.”

In other changes, Todd Kahn, president and chief administrative officer and company secretary, was appointed interim CEO and brand president of Coach, a role that Zeitlin has held since March. Andrea Shaw Resnick, global head of investor relations and corporate communications, was tapped as interim CFO.

“These results, though pressured by the COVID-19 pandemic, exceeded internal expectations from a top and bottom-line perspective,” the company stated. “Importantly, gross margin expanded on a year-over-year basis, reflecting lower promotional activity, while inventory declined from prior year. In addition, the company ended the year with a significant cash balance of approximately $1.4 billion.”