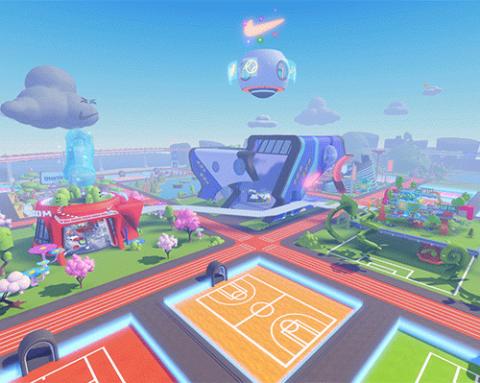 The Nike Roblox experience is one example of metaverse shopping.

A new survey of over 200 users of the Beautyque experiential retail marketing platform (96% of respondents identify female) reveals a high degree of engagement with the metaverse - an environment where consumers will use augmented and virtual reality (AR and VR) technology to digitally engage with each other and their surroundings, with crossovers into the physical world.

Beauty shoppers like video games
When asked if they play any video games, 91.3% of respondents said that they do play video games. The top six gaming devices being used are:

Six in 10 (60.6%) of respondents said that they do play games that involve metaverses, with two-thirds (66.8%) of those also responding that they put makeup on their gaming characters. When respondents were asked what other products they would use on their characters, hair care seemed to be a popular choice at 36.5%, followed by skincare at 30.3%.

More than eight in 10 (81.3%) respondents voting that they would see themselves shopping for products in a virtual space. Close to nine in 10 (88%) respondents also like to dress up their characters based on their personal style. The day that is dedicated the most to playing video games in a week is Saturday (82.2%).

A recent surveyfrom experiential e-commerce platform Obsess confirms that online videogame platforms are key metaverse shopping environments: Sixty-two percent of that survey’s respondents have purchased a digital item—such as an accessory, skin or garment for their avatar—within an online videogame.

[Read more: E-commerce is not a game – but games can become e-commerce]

Metaverse storefronts, virtual try-on prove popular
When asked if their favorite beauty store had a virtual metaverse would they visit it, nine in 10 (89.7%) respondents voted that they would (89.7%). More than six in 10 (62.7%) respondents also replied that they prefer visiting a store in the metaverse rather than traditional online shopping.