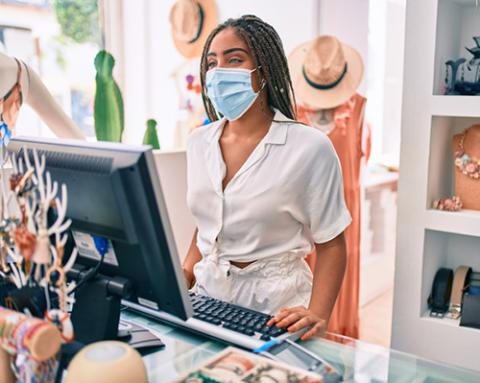 According to a SafetyCulture-sponsored YouGov survey of American, British and Australian "frontline workers" – individuals who must physically show up to their job, including hospitality, retail, manufacturing, and logistics workers – four in 10 respondents feel management is "out of touch" with their role based on the communications they receive from headquarters.

These findings align with data from a previous SafetyCulture survey of U.S., U.K. and Australian frontline workers, which showed that respondents are never, rarely, or only sometimes listened to on topics that matter to them the most. This figure is lower for specific topics such as operations (54%), health/wellbeing (49%), and safety (46%).

When it comes to taking action, just over one in four surveyed American and Australian frontline workers (27% each) said they feel empowered to take action and solve an issue themselves. Over one in three respondents (34%) agreed their willingness to provide workplace feedback is impacted by a belief that “nothing will be done” once reported. More than one in four said they lacked confidence management would address safety issues they raise.

SafetyCulture’s prior research also revealed that quality training is of key importance to frontline jobseekers when considering a new role. Seven in 10 respondents described training as either very important or a top priority ahead of a competitive holiday allowance (40%).

"Given most businesses are dealing with the effects of supply chain issues and labor shortages, communicating with teams on the frontline is more critical than ever,” said Bob Butler, chief customer officer at SafetyCulture. “However, frontline workers can be challenging to reach given they aren't always at a desk and often don't have a company email address.

"Many businesses have continued to invest in providing their white-collar workers with high-quality tools and technology for remote communication but enabling the frontline is a blind spot for some organizations,” said Butler. “There's a real opportunity to improve in this space, particularly with low-cost mobile-first technology."

SafetyCulture is offering a new 'Heads Up' feature in its flagship product, iAuditor. The feature creates a one-stop messaging broadcast center and enables organizations to record short videos or image-based messages and send them out to frontline associates at the click of a button. SafetyCulture's new mobile-first "Heads Up' feature is available via iAuditor free of charge for teams of up to 10 people.