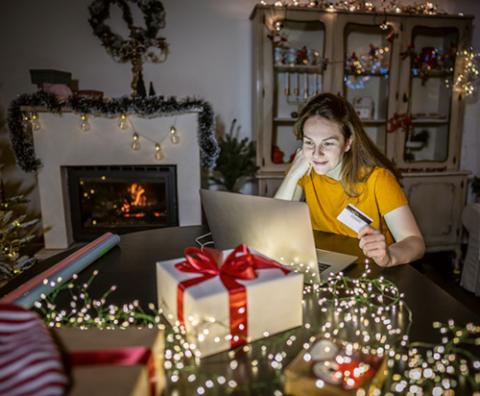 Bulk holiday orders may not be a positive trend.

Online shoppers are buying more items at once, but not with motives that benefit retailers.

According to the new fifth annual State of Returns Report from Narvar, about six in 10 surveyed shoppers are buying multiple items at the same time with the intent to return some items, a process sometimes known as “bracketing.” Of these respondents, more than seven in 10 (72%) are doing it more in 2021 than in 2020.

The top two reasons respondents gave for engaging in bracketing were an inability to try on items in-store (36%) and not being familiar with a specific brand (26%). Narvar advises these results indicate consumers are buying more items than they intend to keep and plan to return items, which could cause bottlenecks in the supply chain while also limiting a retailer’s inventory significantly.

The study also examined consumer behaviors and preferences in making returns. More than four in 10 (42%) respondents said they wish they could return items at the nearest convenience or grocery store, while 41% of respondents said it's easier to return in-store, but only 9% made their last return that way.

Looking further at what channels shoppers use to make returns, the survey revealed that 37% of respondents returned their last item by mail; and another 20% returned items to an alternative drop-off location, such as a locker or a pharmacy. Fifteen percent of respondents most recently returned items to a different designated retailer, such as making Amazon returns at a Kohl's store.

In addition, the survey analyzed how customers will shop for the 2021 holiday season. Findings include:

A recent consumer survey from Coresight Research also indicates delivery and return issues are top of mind for holiday shoppers. According to the survey, 57% of consumers consider fast, free delivery for online orders to be one of the most important considerations when choosing a brand or retailer to shop with this holiday season. Product pricing was the second top consideration, followed by easy, free product returns for online orders.

Narvar, a carrier-agnostic service that enables consumers to drop off returns from participating retailers, surveyed over 1,000 consumers who had made an online purchase in the past six months.