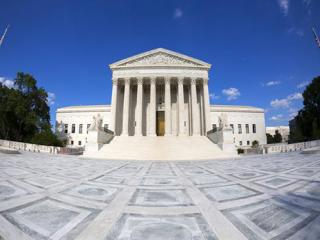 The Supreme Court will not hear a case regarding website accessibility claims made under the Americans with Disabilities Act (ADA).

The National Retail Federation (NRF) said it was disappointed that the U.S. Supreme Court declined to hear a case that would have enabled the court to establish a reasonable, nationwide standard for evaluating website accessibility claims filed under the ADA.

At issue is whether a website is a “public accommodation” like a physical store within the meaning of the ADA. In a brief filed with the court in July 2019, NRF and the Retail Litigation Center said a ruling by the 9th U.S. Circuit Court of Appeals had stretched the definition too far by deciding that websites and mobile applications must be judged as public accommodations rather than just considered as one of many ways in which a consumer might access a retailer’s offerings. The brief asked the Supreme Court to take up the case, but the justices have refused to do so without comment.

The 9th Circuit determined that Domino’s Pizza violated the ADA because a customer encountered barriers ordering online despite the fact that its made-to-order-pizza was accessible to the customer in-store, by phone, text, social media, and other means. The case is Domino’s Pizza, LLC v. Guillermo Robles.

“With a growing number of website accessibility cases being filed and conflicting rulings from circuit courts across the country, this is an issue that needs the clarity of a Supreme Court ruling,” NRF senior VP and general counsel Stephanie Martz said. “Without guidance on what rules should apply, litigation will continue to divert resources from actually making websites accessible.”