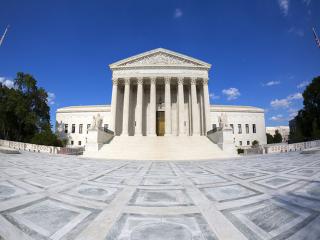 The battle over whether websites are covered by the American with Disabilities Act may be headed to the Supreme Court.

The Retail Litigation Center and the National Retail Federation on Tuesday asked the U.S. Supreme Court to take a case that will enable the Court to establish a reasonable, nationwide standard for evaluating website accessibility claims filed under the Americans with Disabilities Act.

At issue is whether a website is a “public accommodation” like a physical store within the meaning of the ADA. In their brief to the Court, the RLC and NRF explained that the 9th U.S. Circuit Court of Appeals stretched the definition too far by deciding that websites and mobile applications must be judged under the “public accommodations” standard rather than just considered as one of many ways in which a consumer might access a retailer’s offerings. The Ninth Circuit determined that Domino’s Pizza violated the ADA because a customer encountered barriers ordering online despite the fact that their made-to-order-pizza was accessible to the customer in store, by phone, text, social media, and other means.

“The online environment was never intended to be covered by the ADA,” said NRF senior VP and general counsel Stephanie Martz. “The ADA took effect before the internet as we know it today existed, and more than 25 years later there is no clear, objective guidance on what constitutes an ‘accessible’ website. Retailers are committed to making their websites accessible, but litigation only diverts resources and drives up costs for all consumers rather than allowing businesses to find a solution that works.”

“Retailers have a vested interest in ensuring that all consumers have access to the goods and services that they offer and therefore use a variety of programs tailored to the needs of their customers,” said Deborah White, president of the Retail Litigation Center and senior executive VP & general counsel of the Retail Industry Leaders Association. “Unfortunately, the Ninth Circuit’s decision only invites private-party litigation that runs counter to the goals of the ADA, consumers, and the retailers who serve them. If retailers are forced to comply with this standard, initiatives that might better meet the needs of customers with disabilities could get thwarted.”

The case is Domino’s Pizza, LLC v. Guillermo Robles. The RLC and NRF filed an amicus brief with the Supreme Court asking the Court to grant the Domino’s petition to take the case and eventually reverse the 9th Circuit’s decision.
Advertisement