A surging Lululemon Athletica is looking for new markets to conquer.

The athletic apparel retailer on Wednesday detailed an ambitious five-year growth plan that includes doubling its men’s and online revenues and quadrupling its international growth during the next five years. The company is also getting into the footwear business.

Lululemon is coming off a record 2018 during which its net revenue rose 24% to $3.3 billion and same-store sales surged 18%. At the company’s annual analyst day on Wednesday, CEO Calvin McDonald said that the brand will start making its own in-house footwear. The effort builds on a successful collaboration between Lululemon and sneaker brand APL (Athletic Propulsion Labs), which launched in August 2017.

“We tested, and we learned a lot on footwear, and what we learned is: The guest resonates with us selling footwear,” said McDonald, who was named CEO in August 2018. “We believe we’ve identified an opportunity that will be unique to us and unique within the marketplace.”

At the meeting, the company said it now has four different store formats, including a pop-up, a 3,000-sq.-ft. store and an approximately 5,500-sq.-ft. sq. store. The fourth will make its debut in July with the opening of a 25,000-sq.-ft. “experiential” store in Chicago’s Lincoln Park neighborhood. It will be complete with yoga studios, meditation space, healthy juice and food, and areas for community gatherings. By 2023, about 10% of Lululemon’s total store fleet will be considered “experiential” like this Chicago store.

“Lululemon is purpose-driven and is positioned well to continue to inspire guests living the sweatlife across multiple experiences,” McDonald said. “We believe we are operating from a position of strength as we invest in creating dynamic experiential moments for our communities to connect and come together.”

The company’s three priorities to drive revenue growth over the next five years are:

Product innovation – Lululemon expects to more than double the size of its men’s revenues by 2023, and to continue to expand in the women’s and accessories businesses. It also plans to continue its product collaborations, expand its popular office/travel/commute category, and pursue new opportunities, such as self-care.

Omni experiences – The company expects to more than double its digital revenues by 2023. It will focus on offering integrated experiences across channels which intended to “inspire, provoke and celebrate guests who live a healthy and mindful lifestyle” across multiple experiences, including events, new store formats and its membership (loyalty) program.

Market expansion – The company plans to quadruple its international revenues by 2023, with expansion across China, the APAC and EMEA regions continued areas of focus. Lululemon also believes that considerable growth potential remains in both the U.S. and Canada.

“Our new five-year strategic plan reflects the potential we see across several areas of our business,” said PJ Guido, CFO. “The three main growth pillars are consistent with our prior plan, and we will continue to grow our core business while expanding into new categories to drive earnings growth and shareholder return.” 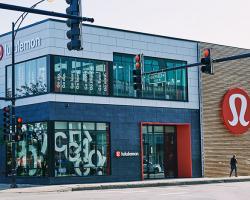 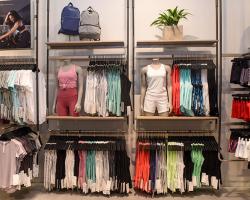