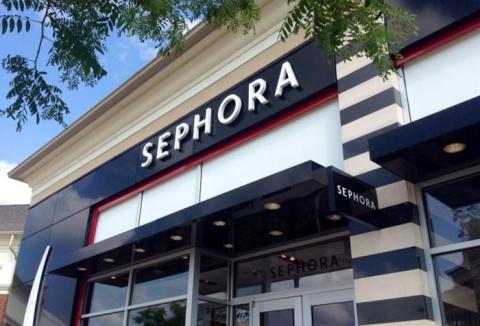 Sephora has more than 2,700 stores around the world.

It’s a homecoming of sorts for the new CEO of Sephora.

Global retail conglomerate LVMH has appointed Guillaume Motte as president and CEO of its Sephora business, effective January 1.  He will succeed — and report to — Chris de Lapuente, who has been in the role since June, when former CEO Martin Brok unexpectedly stepped down after a little less than two years in the job.  (de Lapuente continues to serve as chairman and CEO of the Selective Retailing division of LVMH).

Most recently, since May 2021, Motte served as deputy chief executive of LVMH’s Fashion Group.  Before that, he was president of Sephora Europe and Middle East.  Prior to Sephora, he was CEO of French menswear retailer Celio for three years.

"I am delighted to welcome Guillaume back to Sephora as president & CEO,” wrote de Lapuente on the company’s LinkedIn page. “His experiences over the past two years in LVMH Fashion Group, alongside Sidney Toledano, have broadened his prestige brand building expertise and deepened his already extensive retail and business skills at a global level.[...] I have no doubt he will continue to build Sephora into the extraordinary premium beauty retailer we envision. I am extremely happy that we will be working together again."

Motte will take the helm of Sephora as the beauty giant continues to expand its U.S. footprint — where it faces increased competition from Ulta Beauty — via in-store shops at Kohl’s stores. In August, the department store retailer said it plans to expand its Sephora store-within-a-store concept to all its 1,100-plus stores nationwide.

Sephora has also been expanding its digital capabilities in North America. It recently entered a new partnership with on-demand delivery platform DoorDash to offer on-demand delivery from over 500 Sephora stores across the U.S. and Canada.

Sephora has more than 2,700 stores and a presence in 35 countries.