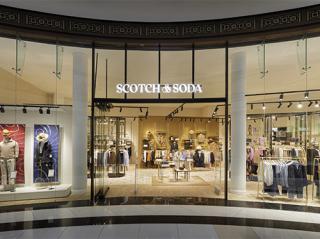 Scotch & Soda is looking to grow its global presence.

The Amsterdam-based men’s and women’s fashion brand Scotch & Soda said it plans to open 15 brick-and-mortar stores and seven shop-in-shops by the end of the year in Europe, Asia-Pacific, North America, and the Middle East. The year-end retail expansion includes directly operated and franchise stores in key global cities.

"We are very proud to announce that Scotch & Soda is accelerating its growth strategy,” said Frederick Lukoff, CEO. “It Is indeed a very exciting time for our company despite the challenges caused by the COVID-19 pandemic in the retail Industry. We are pursuing the expansion of our retail network at a global level, strengthening our footprint in markets where we are already present, as well as entering key markets such as China, that we see as full of potential to reach new customers and introduce them to our brand."

ONLINE
Scotch & Soda is also officially launching its first digital store on Tmall in China following a soft launch in August. It’s the brand’s first commercial initiative since it started operating directly in the country in July, with store openings to follow soon in key Chinese cities.

The acceleration of Scotch & Soda's global retail network will be combined with the brand's omnichannel and unified commerce ambition, to be completed in the spring of 2022. This follows the integration of RFID technology in partnership with Nedap for stock level optimization, as well as the opening of a new 296,000-sq.-ft. warehouse in Hoofddorp, in the outskirts of Amsterdam. It will include a roof entirely fitted with solar panels and automatically irrigated vertical gardens.

Scotch & Soda offers men’s, women’s and children’s apparel and accessories, along with eyewear and fragrances. The brand is carried in more than 7,000 retail doors in 70 countries.