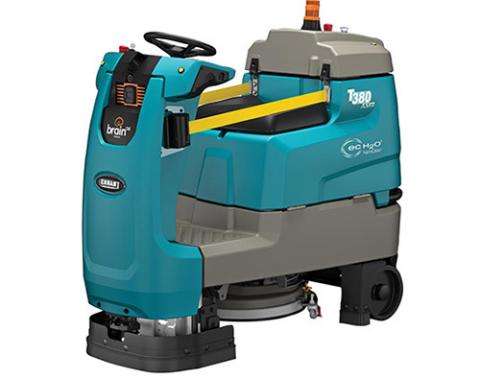 A Midwestern grocery chain is lifting the arduous task of in-store cleaning from associates.

Schnuck Markets Inc. is deploying new Tennant T380AMR robotic scrubbers, powered by the Brain Corp. BrainOS artificial intelligence (AI) platform. Robots are not an unusual sight in the aisles of Schnucks, which has been gradually rolling out Simbe Robotics “Tally” autonomous shelf-scanning units since October 2018.

Meanwhile, Walmart has been using BrainOS-powered Tennant automated scrubbers in at least 1,800 stores across the U.S. since 2019.

The retailer’s newest robots offer a number of new software features designed to deliver improved cleaning efficiency and flexibility. These include "multiple consecutive routes," allowing for up to six different routes to be scheduled and executed, as well as “route repeat," allowing for a continuous loop of one or more routes to clean problem areas.

In addition, robot operators can obtain performance metrics of multiple BrainOS-powered robotic applications via a single interface. And a new centralized data warehouse and high-performance reporting infrastructure enables users to look at activity reports and autonomous usage metrics for one robot in one store or thousands of robots at multiple sites within seconds.

"These new robotic scrubbers will enhance cleaning performance, while giving valuable time back to teammates so they can spend more time doing what is most important: serving our customers," said Kim Anderson, senior director, store operations support at Schnucks. "Robotics and technology are important tools for helping us improve in-store experiences and achieve our customer-first values."

Schnucks will have autonomous units in more than half of its stores when deployments are completed by the end of the year. Founded in St. Louis in 1939, Schnuck Markets is a third-generation, family-owned grocery retailer operating 112 locations in Missouri, Illinois, Indiana, and Wisconsin.