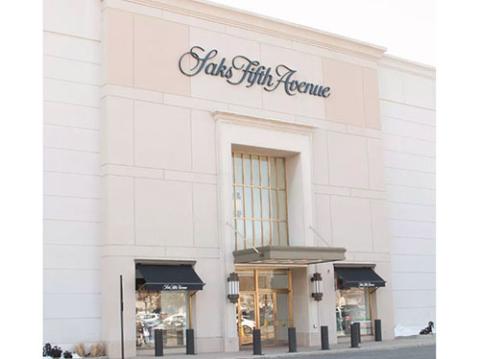 The parent company of Saks Fifth Avenue is partnering with coworking company WeWork on the initiative, called SaksWorks. The news was first reported by the Wall Street Journal. Plans call for the first five SaksWorks offices to open in September, in the New York City area. Locations include Saks’ Fifth Avenue flagship, where the coworking space will be located on the 10th floor.

Additional SaksWorks spaces will move into Saks stores in the New York towns of Manhasset, Scarsdale and Westchester, with one also in Greenwich, Conn., according to the report.

SaksWorks will offer co-workers a blend of stylish work and meeting spaces in addition to cafes and scheduled events. The majority of the desks will be on wheels to allow for layout flexibility. The rental cost will be $299 a month, with WeWork operating the spaces in return for a cut of revenue, the Journal reported. WeWill will not have to pay rent.

The coworking spaces will also open in some of the real estate that was formerly occupied by Lord & Taylor. In 2019, Hudson’s Bay sold the now-shuttered department store chain, but its real estate joint venture with Simon Properties Group retained ownership https://chainstoreage.com/real-estate/lord-taylor-sold of all the owned and ground-leased real estate assets.

In announcing the new venture, Hudson’s Bay said SaksWorks "represents the next step in HBC's renowned track record of unlocking value across its real estate portfolio with its first foray into incubated ventures.”

“The pandemic has changed so much about our lives, including how we work and where we live,” stated SaksWorks president Amy Nelson. “I’m thrilled to join SaksWorks in its efforts to serve the millions of Americans who now work remotely from their suburban homes or who find themselves as part-time commuters in this hybrid world.”

This is not WeWork’s first deal with a retailer. The company previously partnered with Rent the Runway and J. Crew.

“Together, WeWork and Cushman & Wakefield will work to unlock opportunities to provide landlords and businesses with the ability to create a differentiated workplace experience for tenants and employees in the new hybrid world of work where flexibility remains at the forefront,” the companies said in a press release.