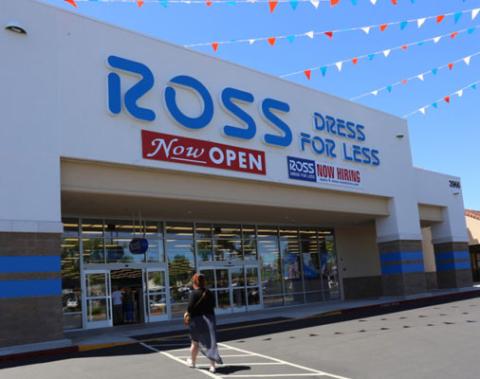 Ross Stores had a difficult second quarter of fiscal 2022.

Ross Stores Inc. felt the impact of inflation in the second quarter of fiscal 2022.

Second Half and updated fiscal 2022 guidance
Given the retailer’s first half results, as well as what it sees as an increasingly challenging and unpredictable macro-economic landscape and more promotional retail environment, Ross Stores is adopting a more conservative outlook for the balance of the year.

The retailer is now planning third-quarter same-store sales to decline 7% to 9%, compared to a 14% gain in the third quarter of fiscal 2021. For the fourth quarter, same-store sales are forecast to be down 4% to 7%, on top of a 9% increase for the same period a year ago.

“We are disappointed with our sales results, which were impacted by the mounting inflationary pressures our customers faced as well as an increasingly promotional retail environment,” said Barbara Rentler, CEO, Ross Stores. “Earnings came in above our guidance range primarily due to lower incentive costs resulting from the below plan topline performance.

“We are facing a very difficult and uncertain macro-economic environment that we expect will continue to strain our customers’ discretionary spending,” said Rentler. “Though 2022 will likely remain a challenging year for our company, we believe our value-focused business model and our strong financial position will enable us to manage through these economic pressures and rebound over time.”

Ross Stores expands into new markets
Despite a tough market, Ross Stores has been busy opening new stores in new areas of the country. The retailer opened 21 Ross Dress for Less and eight dd's Discounts stores across 12 different states in June and July. The openings included locations in the company’s largest markets of California, Florida, and Texas, along with newer states, including North Carolina for dd's and Ohio for Ross.