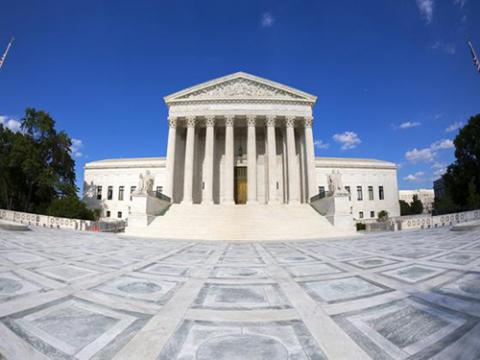 The Supreme Court decision to put OSHA’s vax or test Emergency Temporary Standard on ice is notable for a number of reasons beyond its immediate ramifications of staying the ETS.

First, the decision cuts a comfortably broader swath than just whether to stay the mandate that OSHA issued under its emergency temporary standard authority. The per curiam opinion (from which three justices dissented) says that the challengers “are likely to prevail” in their effort to demonstrate that the mandate is unlawful.

Moreover, the opinion’s focus is on OSHA’s ordinary authority – not just whether or not the situation presented such an extraordinary situation that OSHA could circumvent notice-and-comment rulemaking. The majority seems persuaded that OSHA does not have sufficient authority to undertake a mandate of this breadth even through ordinary rulemaking.

Specifically, the Court focuses on OSHA’s authority over occupational hazards while COVID-19 presents a “kind of universal risk that is no different from the day-to-day dangers that all face from crime, air pollution, or any number of communicable disease,” The Court goes on to say:

Permitting OSHA to regulate the hazards of daily life – simply because most Americans have jobs and face those same risks while on the clock – would significantly expand OSHA’s regulatory authority without clear congressional authorization.

OSHA’s indiscriminate approach fails to account for this crucial distinction – between occupational risk and risk more generally – and accordingly the mandate takes on the character of a general public health measure, rather than an ‘occupational safety or health standard.’ (emphasis added)

Although Congress has indisputably given OSHA the power to regulate occupational dangers, it has not given that agency the power to regulate public health more broadly. Requiring the vaccination of 84 million Americans, selected simply because they work for employers with more than 100 employees certainly falls in the latter category.

Second, the opinion provides clues about the scope of a future OSHA COVID regulation that the Court might find within the agency’s authority. For example, the Court clearly endorses OSHA’s authority to issue relevant COVID-19 regulations of some sort:

This is not to say OSHA lacks authority to regulate occupation-specific risks related to COVID-19. Where the virus poses a special danger because of the particular features of an employee’s job or workplace, targeted regulations are plainly permissible. We do not doubt, for example, that OSHA could regulate researchers who work with the COVID-19 virus. So too could OSHA regulate risks associated with working in particularly crowded or cramped environments. But the danger present in such workplaces differs in both degree and kind from the everyday risk of contracting COVID-19 that all face.

One way to read this is that, if OSHA proceeds with regular rulemaking – which it has said from the beginning that it planned to do – it will be incumbent on the agency to demonstrate how the dangers it proposes to regulate “differ … from the everyday risk of contracting COVID-19 that all face.”

So although the Court says that OSHA has the authority to regulate some workplaces –and “cramped environments” may allude to meat packing facilities – it seems like it would be a stretch for OSHA to single out retailers under this standard. Certainly, the retail industry could make strong arguments to that effect in the rulemaking process.

Third, is a procedural point. The Court decreed that the ETS is “stayed pending disposition of the applicants’ petitions for review in the … Sixth Circuit and disposition of the applicants’ petitions for writs of certiorari if such writs are timely sought.” I read that latter language as a shot across the bow of the Sixth Circuit as they proceed to merits review of the OSHA ETS, which is the next step in the judicial process. That is, the stay will remain in effect during the Sixth Circuit’s review, as well as afterwards if the challengers timely ask the Supreme Court to review the Sixth Circuit’s decision.

The first sentence of the concurrence includes the rhetorical question that was echoed frequently during oral argument: Who decides? And the concurrence concludes with the statement that, “The question before us is not how to respond to the pandemic but who holds the power to do so.” Justice Gorsuch uses the opportunity here to write a paen to the virtues of both the major questions doctrine and the non-delegation doctrine as bulwarks to prevent the erosion of “the liberties our Constitution’s separation of powers seeks to preserve.” We can expect this concurrence to be cited in future opinions regarding the permissible scope of the administrative state.

The dissent focuses on the facts. Good lawyers argue the facts when the law isn’t in their favor. Here, the dissent echoes Justice Breyer’s question during oral argument about how a stay could possibly be in the public interest given the public health issues at stake. And the dissenters, too, ask “Who decides”? However, their answer is that an agency charged by Congress with safeguarding employees from workplace dangers is the appropriate authority.

So, next stop for OSHA’s ETS – assuming that the Agency doesn’t fold of its own accord – is consideration on the merits before the Sixth Circuit. In the interim, however, all aspects of the ETS – including the employer testing requirements – are on hold. As both the majority opinion and the concurrence point to state and local authorities as the appropriate source for public health measures, stay tuned to see whether retailers face a whack-a-mole patchwork of COVID-19 workplace requirements in the wake of what looks to be the fall of the federal ETS. 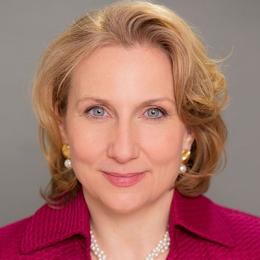