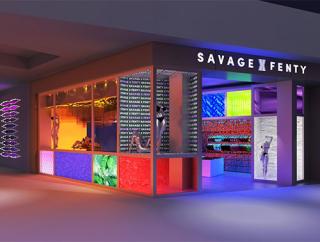 Savage X Fenty is opening more stores across the U.S.

Pop superstar and fashion and beauty mogul Rihanna is expanding the store footprint of her billion-dollar  men’s and women’s lingerie and innerwear brand.

Savage X Fenty took to Twitter on Thursday to reveal it will open six new stores “soon.” The locations include Chicago, Long Island, N.Y., Atlanta, Detroit, St. Louis, and Newark Del. The new outposts are in addition to an upcoming store in Brooklyn, N.Y., in the Triangle Building.

The digitally native brand, founded by Rihanna in 2018, made its brick-and-mortar debut in January, at Fashion Show mall in Las Vegas. Since then, it has opened four additional locations (listed at end of article.)

Also in January, Savage secured $125 million in a round of funding  led by investment firm Neuberger Berman. That’s on top of the $115 million in Series B funding the brand received in early 2021. And in March, Bloomberg reported that the company is working on an initial public offering that would value the business at $3 billion or more.

Savage  is known for its edgy stylings, size and race inclusivity,  body-positive marketing and affordable prices. The brand is big on social media, where its ads  feature unretouched images and models of all sizes, ethnicities and gender identities.

Savage X Fenty currently has stores in the following locations: