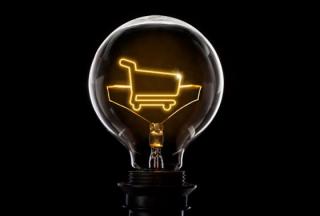 Amid store closings and reopenings in light of COVID-19, retailers have been successfully adapting to significant shifts in consumer shopping habits as many consumers flock online for most of their purchases.

In fact, e-commerce has experienced a dramatic surge since pandemic-related quarantines began in March. According to the most recent Adobe Digital Economic Index (DEI), online spending in the U.S. reached $66.3 billion in July, up 55% year-over-year. And as of late July, only about a third (30%) of U.S. consumers said that they felt comfortable going to a shopping mall, according to a tracking survey by researcher Morning Consult.

While no one can predict the future, we expect fast-paced shifts in shopping behavior to continue, and in response, retailers will continue to innovate in ways that are likely to outlast the pandemic. Let's take a look.

As retailers enhance their online storefronts to connect with customers, they also recognize that many buyers prefer the immediacy of having their purchases versus waiting for them to be delivered. This is why click-and-collect services such as buy online/pick up at curbside (BOPAC) and buy online/pickup in-store (BOPIS) have become even more popular during the pandemic.

These services drastically reduce the time that customers spend in store and allow merchants to continue operations even when their delivery networks and fulfillment centers may be strained. According to the Adobe DEI, the number of BOPIS orders in June grew 130% year-over-year.

Mass merchants like Walmart and Target, specialty retailers like the shoe giant DSW and grocers including Kroger had offered these services before the pandemic. However, Adobe data shows that the health crisis drove a 208% surge in BOPIS orders during the first three weeks of April from a year earlier. Also worth noting, BOPIS not only offers shoppers greater flexibility, but it helps to keep consumers engaged with their favorite stores.

Prior to the pandemic, merchandising strategies included ways to keep people browsing in stores to increase the likelihood they would make unplanned purchases or impulse buys. That's why grocery stores put staples such as milk and bread at the back of stores, candy near the checkout and sugary treats at kids' eye level.

With many regions requiring that stores operate in a diminished capacity, retailers are devising ways to minimize the time people spend in-store. For example, Walmart started testing a system that uses self-checkout kiosks to help cut the time that shoppers spend in line. And many retailers are now placing popular items near the front of the stores to let shoppers get in and out quickly.

Retailers have similar strategies for their online stores, such as product recommendations that cross-sell related items or up-sell more expensive items, upgrades and add-ons. The recommendations also help to remind shoppers of their order histories and provide a more personalized experience.

In addition, the pandemic has ignited more interest from retailers in robotics to handle a broad range of tasks that reduce the possibility of spreading the virus.  Heinen's Grocery Store, a regional supermarket chain in the Midwest, recently started testing a salad-making robot to replace the salad bar it closed because of safety concerns, losing a high-margin, high-volume service that drives store traffic.

The 750-pound machine, which robotics startup Chowbotics calls "Sally," looks like a vending machine and can make customized salads from 22 separate ingredients within a matter of seconds. The idea is gaining traction, with grocery chain ShopRite planning to add a Sally robot to an East Coast store this year.

Ideally, these steps will help to keep employees and customers safe while providing a positive in-store shopping experience.

Contactless payments with mobile devices provide shoppers with the option to pay at checkout without handling cash or touching point-of-sale devices that constantly require sanitization. U.S. consumers were slow to adopt contactless payments, but the pandemic is likely to boost their popularity as shoppers take greater safety precautions.

Starbucks helped to pioneer contactless payments in the U.S. with a mobile app that was later expanded to help customers track their loyalty rewards. Until last year, Starbucks Pay was more popular than Apple Pay, which the iPhone maker introduced in 2014 and expanded with last year's introduction of a credit card from Goldman Sachs and Mastercard. By preinstalling its digital wallet on every new mobile device, Apple has given millions of people access to contactless payments.

More than half (51%) of consumers say they have used cash less frequently or not at all since the pandemic started, according to a Mastercard survey. Those habits are likely to continue, with 74% of people saying they will keep using contactless payments in a post-pandemic future.

While some major retailers like Walmart have their own contactless payment apps, other stores are accepting payments services from Apple Pay, Google Pay, PayPal and Samsung Pay - along with "contactless cards" from American Express, Discover, Visa and Mastercard. Retailers have more choices than ever before when it comes to offering contactless payments to customers, helping to ease friction at checkout and limit physical contact.

Amid the limitations on store operations, retailers have been providing video shopping, augmented and virtual reality (AR/VR) experiences, as well as social media challenges to engage shoppers with a digital, rather than in-person, branded experience.

Gucci is experimenting with a personalized video shopping service that lets customers speak to a personal shopper via video chat. Using Gucci Live, shoppers can ask questions about its clothing and accessories without ever stepping foot into a store. Gucci also has a growing network of in-house customer service centers with staff who are trained to answer questions by phone, text and video chat.

In addition, home furnishing retailers Ikea and Wayfair have been using AR features in their mobile apps to let people see digital versions of furniture in their homes before making a purchase. Beauty retailers Sephora and Ulta Beauty rely on AR technology to let people try on makeup virtually. Adidas, Nike, and Puma let smartphone users try on digital renditions of their shoes.

Retail showcasing of products is considered one of the fastest-growing applications for AR/VR technologies, according to researcher International Data Corp. The company estimated that retailers spent $244 million on AR/VR systems last year, a figure expected to nearly triple every year until 2023.

As the pandemic forced people to stay indoors and find ways to pass the time, skate-wear brand Vans received widespread publicity for its “Off the Walls Challenge” that urged people to transform its shoeboxes into works of art. As people posted pictures and videos of their creations on photo-sharing app Instagram, Vans extended the publicity for the campaign organically. To boost participation, Vans offered a chance to win coupon codes that could be redeemed for customized shoes.

The pandemic has had a heavy impact on the retail industry that highlighted the need for digital transformation and omnichannel strategies that are likely to last for years. For many retailers – both big and small – one of the main takeaways in dealing with COVID-19 has been the importance of future-proofing their business to ensure that they can survive any crisis.

An omnichannel strategy that includes universal inventory, 360-degree view of the customer, click-and-collect services, contactless payments and new ways to engage consumers with mixed-reality experiences will continue to shape the retail industry long after the disruptions of the pandemic.