Restaurants ask consumers to take it to go – again

Restaurants ask consumers to take it to go – again

A coalition of quick-service and fast-casual food chains are offering a sequel to “The Great American Takeout.”

For the second Tuesday in a row, a coalition of restaurants is asking Americans to support the struggling restaurant community by ordering at least one delivery or pick-up meal from any restaurant during The Great American Takeout on Tuesday, March 31.

Both Smithfield Foods and Ventura Foods are making charitable donations based on social media posts tagged with #TheGreatAmericanTakeout. For every social post tagged with #TheGreatAmericanTakeout, Smithfield Foods will make a $5 donation, up to $50,000, to CORE: Children of Restaurant Employees, a national nonprofit dedicated to assisting food and beverage service employees with children who are faced with a health crisis or natural disaster and in need of financial support.

Additionally, Ventura Foods will donate $5 per post, up to $25,000, to the Restaurant Employee Relief Fund.  The National Restaurant Association Educational Foundation created the fund to support U.S. restaurant workers financially impacted by the COVID-19 crisis, and to provide aid to restaurant employees nationwide.

The Great American Takeout has also received support from CPG companies, including from The Coca-Cola Company (KO) and PepsiCo (PEP), who joined the coalition.

During the first week of the Great American Takeout, consumers tagged more than 50,000 social media posts with #TheGreatAmericanTakeout, triggering an initial $100,000 donation from Smithfield Foods to CORE. According to an independent research study conducted by Lieberman New York Inc., 36% of Americans became aware of the six-day campaign.

“We’re honored to partner with the entire restaurant community and to participate in the Great American Takeout on Tuesday,” said John Cywinski, president of Applebee’s Neighborhood Grill + Bar. “We are truly grateful for our guests and neighbors all across the country who are showing up to support those who work tirelessly in our restaurants.” 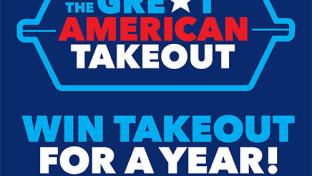 TECHNOLOGY
Restaurants ask consumers to take it to go March 24 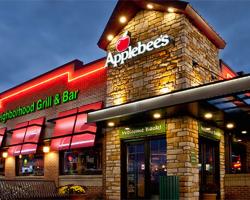 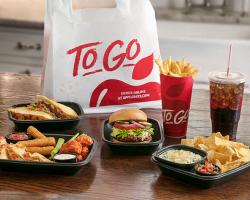 TECHNOLOGY
Applebee’s brings eats to the neighborhood–at your doorstep