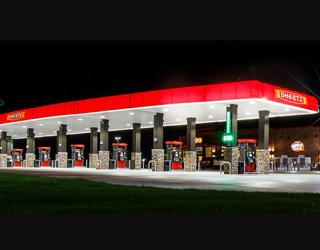 Sheetz reportedly plans to open up to 30 locations in Western Pennsylvania.

Sheetz is looking to beef up its presence in the western part of its home state.

The Altoona, Pa..-based convenience store chain has set a  goal of opening as many as 30 new stores in Western Pennsylvania, reported the Pittsburgh Post-Gazette. Sheetz has selected CBRE  to assist its developer, RBG Development, with site selection.

“Even though Sheetz has a long history in Western Pennsylvania, there are many areas that could benefit from the 24/7 convenience that our company provides,” Brian Dinges, director of real estate for Sheetz, stated in the report.

The move comes as Wawa is planning major expansion in Sheetz’s home turf. In June, the Sheetz rival announced plans to open up to 40 additional  stores in Central Pennsylvania along the Susquehanna River during the next three to five years.  The expansion would double Wawa’s  existing store count in the region.  (Wawa is also expanding into new markets, with plans to enter Tennessee, opening its first store in the state in 2025, in Nashville.)