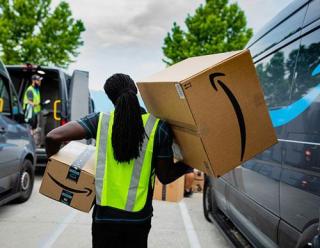 The 2021 edition of Amazon Prime Day may be a late spring/early summer event.

According to Recode, sources indicate Amazon is considering holding its annual Prime Day online sales extravaganza in mid-to-late June 2021. Introduced in 2015, Prime Day was always held in July until the 2020 version was postponed till October due to the impact of COVID-19 on the e-tailer’s supply chain and customer shopping patterns.

An Amazon spokesperson would not confirm or deny the report for Recode. Amazon typically does not release specific overall sales figures for Prime Day, but analysis from Digital Commerce 360 shows that in the 19 countries (including the U.S., U.K., and Canada) where Amazon holds Prime Day, the e-tail giant generated $10.4 billion in sales.

This represents a 45% increase from the estimated $7.16 billion global sales performance during the 2019 edition of Prime Day. Amazon did disclose that third-party Amazon Marketplace sellers sold more than $3.5 billion worth of goods during Prime Day. Sales of marketplace sellers’ products grew nearly 60%, faster year-over-year than sales of Amazon’s own products.