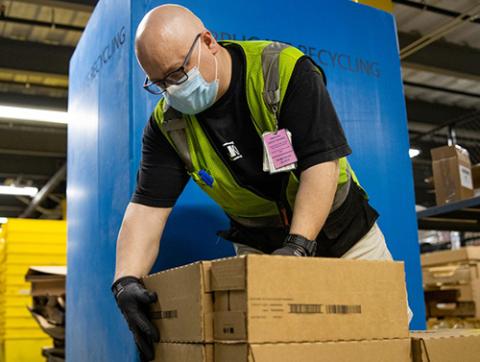 Amazon is reportedly opening a supply chain hub focused on the last leg of home deliveries north of Boston.

According to the Lawrence Eagle-Tribune, Amazon will lease a property in Haverhill, Mass., that was formerly home to a Southwick Clothing manufacturing facility. Amazon will reportedly spend $4.5 million in a project to construct office space and a distribution center, which is being overseen by New Jersey-based Donnelly Industries.

Haverhill city officials expect the center to employ about 150 workers, most of whom will pack and deliver packages to customers within a 45-mile radius. The center will likely begin operations after 9:30 a.m. ET, to avoid deliveries during peak morning rush hour traffic. Amazon is said to be developing a larger supply chain facility, which would employ about 1,500 people, in neighboring North Andover, Mass. The e-tailer’s main distribution center in the state is located in Fall River, about 50 miles south of Boston.