Pokemon GO went, but not its legal implications

Pokemon GO went, but not its legal implications

In the summer of 2016, Pokémon Go was everywhere. And as players traversed the globe in search of the game’s titular critters, they were also wandering into new legal territory. Although the craze now appears to have subsided, the game’s sudden popularity raised intriguing legal questions that will inevitably affect the future of mobile applications and their relationship to retail businesses.

This article aims to educate business owners about emerging legal issues involving augmented reality and geolocation technologies, which featured prominently in Niantic’s game and will likely power future applications as well. We have yet to see any court rulings dealing directly with Pokémon Go, so it remains to be seen how the law will adapt to these innovations. However, we can analyze some potential legal ramifications and draw general guidance from laws in other contexts (although, of course, none of what follows should be taken as legal advice).

A common complaint about Pokémon Go involves players traipsing through retail businesses without any intention of becoming paying customers. Although gaming is clearly no excuse to trespass, and there is little question that gamers are responsible for their own actions, several lawsuits contend that Niantic, the game’s creator, also bears liability for its users’ conduct, on the grounds that it is contributing to the business owners’ injuries. Additionally, some argue that a real property owner may “own” the virtual space occupying the property. If so, Niantic may be unjustly enriching itself with other people’s land when it “places” game characters and structures on the premises.

It is worth noting that the landmarks that make up the game’s locations — such as your business, perhaps — started off as user contributions. Pokémon Go’s database is built atop an earlier game called Ingress, Niantic’s first foray into augmented reality and geolocation gaming. Since Ingress’s 2013 release, Google (Niantic’s owner, until recently) has encouraged its million+ users to submit photos and descriptions of real-life landmarks for use in the game. These same landmarks are used today as Pokéstops and Pokémon “gyms.” Given that these locations have been selected and curated by Niantic, it is reasonable to query whether the company bears some responsibility for their use. However, whether these legal challenges against Niantic will yield results is, at this time, anyone’s guess.

Meanwhile, in response to complaints, Niantic now allows property owners to opt out of its location database. Niantic also warns users during gameplay not to trespass or perform other dangerous activities (such as driving) while playing. These actions (augmented by the game’s aggressive terms of use) may help the company limit its exposure to liability.

Other issues involve intellectual property, such as copyright and trademark rights. These issues pose risks for both Niantic and business owners.

Pokémon Go in-game landmarks include architecturally significant buildings and sculptures, which can be subject to copyright and/or trademark protection. (Well-known structures whose photography and filming rights are aggressively enforced include the Hollywood sign, the Seattle Space Needle, Cleveland’s Rock & Roll Hall of Fame, and the Empire State Building.) Public areas of malls and shopping centers often feature sculptures, murals, or other artwork, photos of which are commonly used in the game to identify Pokéstops. Niantic’s reference to these items thus raises copyright questions. A court could find this to be a case of fair use, but it would take a lawsuit to find out.

Similarly, Pokéstop listings may include brand names. For example, a Pokéstop could be listed as either “5th Ave/59st Street,” or “Apple Store.” Is the use of a trademark okay here? The test for trademark infringement is generally whether consumers would be confused as to the source of the product or service. In our example, we might query whether consumers seeing a Pokéstop called “Apple Store” would think that Apple is actually associated with the game.

The U.S. Court of Appeals (9th Circuit) explained in a 2010 decision that “trademarks are part of our common language, and we all have some right to use them to communicate in truthful, non-misleading ways.” Therefore, reference to an actual product or service is fair use. However, there are limitations: your use must be reasonably necessary to properly identify the product; you may use only as much of the trademark as reasonably necessary; and you may not misleadingly suggest sponsorship or endorsement by the trademark owner. Based on these guidelines, courts are less likely to countenance the use of a company’s logo when simply mentioning its name would suffice. In the case above, a used car dealership was permitted to use a domain name indicating that it sells Lexus vehicles (buy-a-lexus.com), but the court noted that using the Lexus logo could mislead consumers into believing it is an authorized Lexus dealership.

In our hypothetical scenario, there’s a good chance that a court would permit use of the store’s name (but probably not its logo) when referring to its actual location. However, it is possible that Niantic’s future business models could include sponsored locations. In that scenario, there may be a stronger argument that a trademark appearing in the game could erroneously lead consumers to assume there is some sort of officially sanctioned relationship between that brand and the game.

Thus far we’ve discussed Niantic’s possible liability and conceivable claims against Niantic. But business owners also need to be careful not to inadvertently run afoul of Niantic’s proprietary rights. You may relish the crowds Pokémon Go brings to your area. However, using the company’s intellectual property as part of your business or internet domain name could lead to a nasty cease-and-desist letter or lawsuit, as the creator of a Pokémon-themed party discovered. The website Pokévision.com, which used data obtained from the game’s servers to display a real-time map of Pokémon, was shut down after the developer alleged “hacking” in violation of the game’s terms of use (going so far as to allege possible criminal liability).

Many corporations aggressively protect their brands, and Niantic and the Pokémon Company (owner of the Pokémon trademark) are no different. As discussed, some trademark uses are permissible, provided no association is implied, so some wiggle room may exist. For example, a sign reading “Pokémon players welcome!” probably won’t cause confusion (particularly with a disclaimer that the store isn’t affiliated with the game). By way of contrast, renaming your store Poké-land Coffee may be asking for trouble.

You might consider Pokémon Go a headache, but your employees may not feel the same. You are well within your rights to tell employees not to bring throngs of players to your door with a tweet about rare Pokémon on your property.

You also may not appreciate employees spending countless hours gaming or Pokémon hunting instead of working. Having an employee handbook is always good policy, and it may be time to think about Pokémon-related issues that could affect your workplace guidelines. 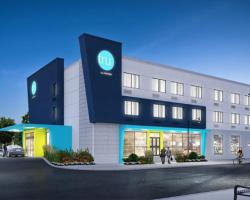 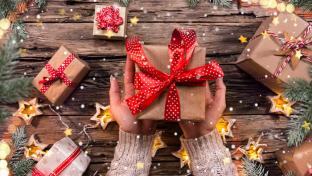 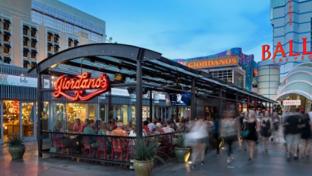 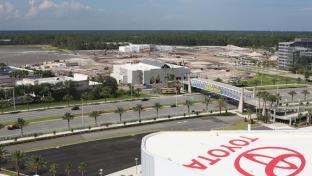