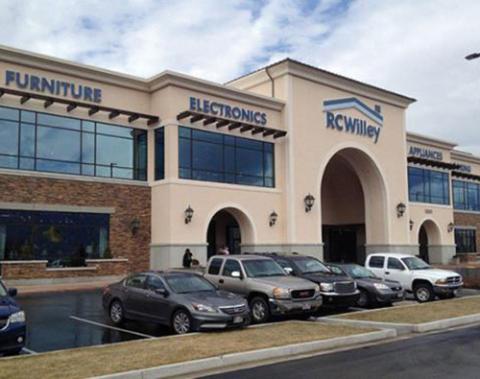 Salt Lake City-based RC Willey had been using Axis surveillance cameras in its distribution centers and retail stores for several years. While the initial deployment had helped the company save millions of dollars in reduced shrink, it decided that deploying additional Axis security video, audio, and analytics technologies could have a greater impact on the bottom line.

In addition, RC Willey deployed the Axis 3D People Counter and Store Reporter solutions to track the flow of customers and report other business intelligence. The company also replaced its previous video management system with the Axis Camera Station for monitoring live and recorded video, and uses the Axis Device Manager dashboard to remotely manage and monitor all networked security devices.

From a loss prevention standpoint, since deploying Axis Perimeter Defender and horn speakers at its Las Vegas distribution center, theft and vandalism expenses have dropped from $40,000 tov $50,000 a year to zero, and the company has saved $100,000 a year on private security. This has also had a positive impact on logistics and customer satisfaction, since deliveries are no longer delayed due to vandalism.

On the business intelligence side, Axis Store Reporter, which correlates data from the 3D People Counter solution, helps the company evaluate the success of advertising campaigns driving traffic to its retail stores. The reports are also being used to satisfy building occupancy audits put in place due to COVID-19.

“We keep between $20 and $30 million in inventory in transit at any given time,” said Rod Mosher, director of loss prevention and safety for RC Willey. “Without Axis surveillance cameras we’d never be able to keep track of all that inventory in motion.”

RC Willey operates 15 stores across Utah, Nevada, Idaho, and California, as well as an e-commerce business.