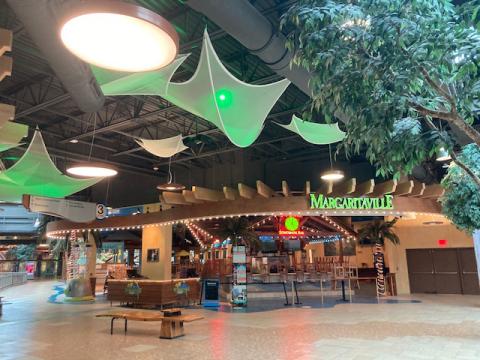 Since June began, Pyramid Management Group secured new financing for two of its centers. This week it did a third deal that promises to secure the future of its crown jewel, Destiny USA in Syracuse.

The privately owned company owes more than $700 million on the 2.4 million-sq.-ft. property, which the Kroll Bond Rating Agency this year estimated was worth less than $150 million. It sought financial relief for the past two years before arranging a five-year extension on the debt this week.

“The resilience and strength of the shopping center, along with Pyramid’s continued efforts to reimagine, redefine, and enhance the guest experience, enabled us to successfully extend the loan,” Congel said. “We remain committed to ensuring the health, vibrancy, and longevity of the center for decades to come.”

The city of Syracuse, too, should be pleased with the deal. Besides being a significant municipal tax contributor, Destiny USA employs more than 5,000 people in The Salt City. Just five years ago, Embassy Suites built a 209-room hotel on the property to attract Canadian shoppers and Syracuse University sports fans.

“Now more than ever, lenders and municipalities are realizing the importance of the operator behind these properties. That’s precisely why the lenders are so willing to work with Pyramid and why we continue to be successful in these collaborative efforts,” said Congel.

Pyramid earlier this month arranged a 10-year loan on its Crossgates Commons power center in Albany, N.Y. and obtained a three-year loan extension on its Walden Galleria in Cheektowaga, outside of Buffalo.