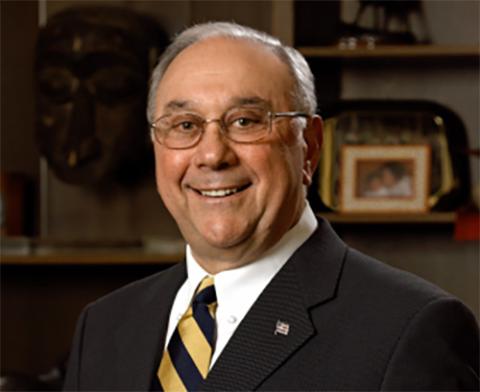 In 1958, Fordham University graduate Robert J. Congel borrowed $175 from his grandfather to start a construction company. He grew the business by developing warehouses and small retail centers and, in 1970, founded The Pyramid Companies that erected 14 malls encompassing some 26 million sq. ft. of commercial space in Massachusetts and New York. Its Destiny USA in Syracuse is the 6th largest shopping and entertainment center in the United States.

Congel, 85 years old, died peacefully at his home in North Syracuse on Feb. 3. His Syracuse-based company was one of the first to successfully integrate big-box retailers like Target and Home Depot with more upscale purveyors like Macy’s and Lord & Taylor in the same location. Pyramid was also one of the first to incorporate dining, entertainment, and retail with the ThEATery concept it opened at Palisades Center in West Nyack, N.Y., in 1998.

“Having been his son and also having had the privilege of working with him for so many years, I know he was most proud of all the people he employed and whose careers he helped along the way,” said Stephen J. Congel, who succeeded his father as Pyramid’s CEO. “He gained far more joy and pride from the people that made up our company, as well as all the Pyramid alumni, than any building he ever built.”

A native Syracusan, he was a lifetime trustee of Syracuse University and served on the boards of the Christian Brothers Academy, the Metropolitan Development Association, and the Greater Syracuse Chamber of Commerce.