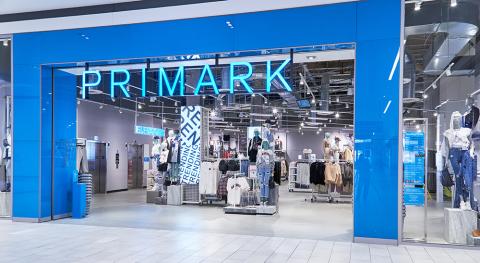 Primark has signed three new leases, bringing it into two states, as it continues to slowly but steadily grow its U.S. footprint.

The global, value-priced retailer also said it is freezing prices for the back-to-school season on thousands of kids’ products, ranging from underwear and t-shirts to dresses and jeans.

Primark’s newly announced stores will see the brand open its first-ever locations in Maryland and North Carolina, as part of its goal to hit 60 stores in the U.S. by the end of 2026, up from 13 today. The three new Primark locations will be at Smith Haven Mall, Lake Grove, N.Y.; Arundel Mills, Hanover, Md.; and Concord Mills, Concord, N.C.

Primark, known for its extremely low prices, said its expansion comes at a time when many U.S. households are feeling the impact of inflation. The retailer’s assortment includes women’s, men’s and kids fashion, as well as beauty, homeware and accessory items.

“Primark is about helping people to look good and feel good at prices they can afford,” said Kevin Tulip, president, Primark US. “This is critical today, as consumers feel the impact of rising inflation.”

The three new leases brings Primark to a total of 13 leases signed which, once opened, will double Primark’s footprint in the U.S. Primark entered the U.S. in 2015, and in addition to its13 current stores and the three new leases, stores are set to open in the following locations:

Founded in Ireland in 1969 under the Penneys brand, Primark is aiming reach 530 stores by the end of 2026, including upcoming new markets of Romania and Slovakia.