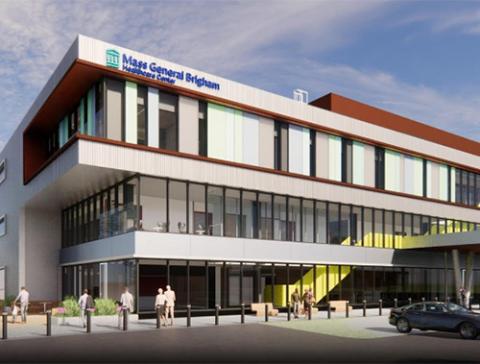 Tuscan Village in Salem will the be the site of Mass General Brigham's first medical center in New Hampshire.

“We’re excited to have Mass General Brigham in Tuscan Village,” said Mike Powers, senior VP of leasing “It’s a 70,000-sq.-ft. 23-hour medical facility that will do imaging, day surgery, and eventually some cancer treatment, but no ambulances and no emergency room.”

“We’re up to a total of almost four million sq. ft., and so much of it is not retail. We are expecting to install a biotech industrial campus, there’s going to be more medical and a 165-room Artisan Hotel—an upscale Marriott property,” Powers said.

“We’re the opposite of Euclidean zoning,” Powers observed. “Euclid is the Ohio town that, in the early 20th century invented zoning that placed houses and schools over there, retail here, and factories way down there.  Today, people want to live in a place where they can leave their homes and walk to get a nice dinner, or a haircut, see a dentist, or buy a dress.”