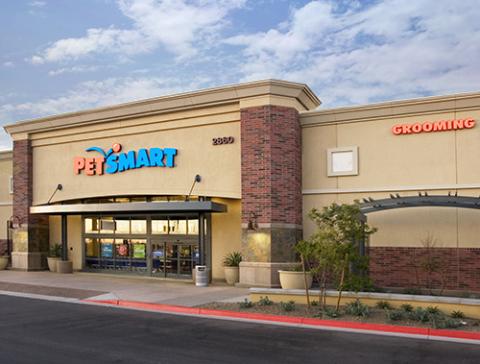 PetSmart is reportedly mulling a return to the public market.

A pet supplies and services retailer may be returning to the public market.

PetSmart is in talks to go public through a SPAC (special purpose acquisition company) sponsored by private equity firm KKR & Co., reported Bloomberg. The deal could value the retailer at about $14 billion, including debt.

PetSmart is owned by private equity firm B.C. Partners which led a consortium of buyers to acquire the chain in 2014 for roughly $8.7 billion. The transaction, which closed in 2015, took the retailer private.

The SPAC, KKR Acquisition Holdings I Corp., raised $1.38 billion in its initial public offering in March 2021 to hunt for a deal in the consumer or retail industries, according to Bloomberg. It was founded by KKR and Glen Murphy, board chairman of Lululemon Athletica and a former CEO of Gap Inc.

PetSmart operates approximately 1,650 stores in the United States, Canada and Puerto Rico, as well as more than 200 in-store PetSmart PetsHotel dog and cat boarding facilities. The retailer has been expanding its offering of digital services to customers, including a recent collaboration with “buy now pay later” (BNPL) platform Afterpay to give customers flexible payment options when shopping in-store or online. It also has partnered with on-demand delivery platform DoorDash for on-demand delivery of pet supplies and accessories.