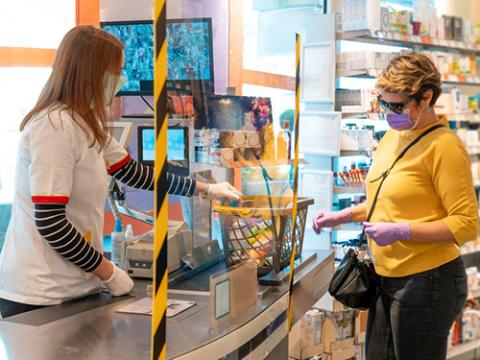 COVID-19 continues to be a “shock” for small businesses.

The coronavirus continues as a shock to America’s small employers,” Kleinhenz said. “Small businesses are the backbone of American ingenuity and impact local economies in cities and towns across the country, but responses to recent surveys highlight the fragility of many small business enterprises and the importance of the need for well-tailored economic policy.”

Kleinhenz’s remarks came in the September issue of NRF’s Monthly Economic Review, which cited a new survey created by the Census Bureau to measure the impact of COVID-19 on small businesses.

Even though those issues have eased as the economy has begun to reopen, optimism has declined. The survey initially found 30% of respondents thought it would take at least six months for their businesses to recover from the pandemic, while 25% thought recovery would take only two or three months.

In addition, leading business economists surveyed by the monthly Blue Chip Economic Indicators report cited renewal of the extra $600 in weekly unemployment benefits that expired at the end of July as the best way to support recovery, but ranked small business assistance as the next-highest priority.