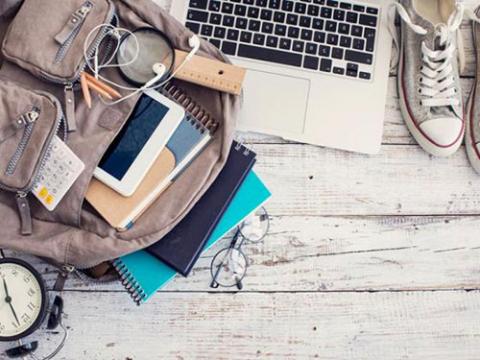 Families are expected to spend more per person on both K-12 and college items this year as a result of higher prices.

Total back-to-college spending is expected to reach nearly $74 billion, up from last year’s record of $71 billion, according to the annual survey by the National Retail Federation and Prosper Insights & Analytics. Amid rising inflation, the college total is the highest in the survey’s history.

More college students and their families plan to shop this year compared to last. They anticipate spending an average of $1,199 on college or university items, consistent with last year’s record of $1,200.

Since 2019, total expected spending on back-to-college has grown by $19 billion and consumers are spending $223 more on average than they were prior to the pandemic. Nearly half of this increase comes from spending on electronics and dorm or apartment furnishings.  (The NRF tracks a broad group of consumers when looking at back-to-college that includes the universe of  parents of college students as well as those who are attending college themselves.)

K-12
Total back-to-school (K-12) spending is expected to reach $37 billion, in line with last year’s record high.  Families with children in elementary through high school plan to spend an average of $864 on school items, approximately $15 more than last year.

Back-to-school spending has increased dramatically since the onset of the pandemic, as families adjusted to changes from virtual and hybrid learning. Compared to 2019, back-to-school shoppers are expected to spend $168 more on average, and total spending is up $11 billion.

Other findings from the survey are below:

• As of early July, more than half (56%) of shoppers had started shopping for school and college supplies. But 85% of shoppers indicate they have at least half of their shopping remaining

• A majority (68%) of survey respondents said they have seen higher prices on school items. Clothing and accessories and school supplies were among the top areas where consumers have noticed higher prices.

•Given inflationary pressure,traditional sales events may play an even larger role for back-to-school and college shoppers. Most (81%) said they planned to use retailer deals during the week of July 11 to shop specifically for school and college items.