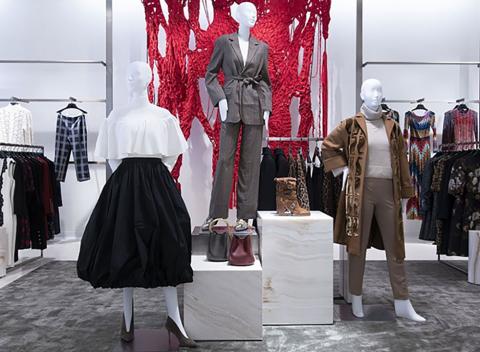 Nordstrom provided an unexpected bright spot during what has been a largely disappointing earnings season so far.

The upscale department store reported first-quarter sales ahead of analysts’ expectations and raised its full-year outlook as shoppers flocked to its stores and refreshed their wardrobes. It also announced that, starting June 1, a selection of Allbird shoes will be available in 14 Nordstrom stores, with the assortment expanding to the company’s website and more locations later in the year.

On its earnings call, Nordstrom said that it plans to close its personal styling platform, Trunk Club, which it acquired in 2014.  The company eventually opened a handful of physical locations for the service in recent years, but they were all shuttered in 2020. The retailer said the decision did not mean it was stepping back from offering styling services.

"This move reflects our belief and commitment to styling and we are dedicated to growing and investing in these services,” said CEO Erik Nordstrom. “We have a range of styling services from low-touch outfit inspiration through our digital channels to a high-touch and personalized relationship with a stylist, all of which achieved high customer satisfaction scores."

Digital sales were flat compared with the same period in fiscal 2021 as customers increasingly chose to shop in-store, according to Nordstrom. Digital sales represented 39 percent of total sales during the quarter.

During the quarter, core categories, including men's and women's apparel, shoes and designer, had the strongest growth against 2021 as customers refreshed their wardrobes for occasions such as social events, travel and return to office. Improvements were broad-based across regions, with urban stores having the strongest growth. Merchandise margins improved as a result of favorable pricing impacts and lower markdown rates.

“Our focus on serving the customer through our interconnected model with Nordstrom and Nordstrom Rack, a scaled digital platform, and a strong store fleet positioned us to capitalize on-demand from customers who shopped for long-awaited occasions and refreshed their closets," said Erik Nordstrom.  "In the first quarter, we drove strong topline growth with broad-based improvement across core categories and geographies. Importantly, we made progress on our strategic initiatives and continue to focus on increasing profitability on the path to achieving our financial targets."