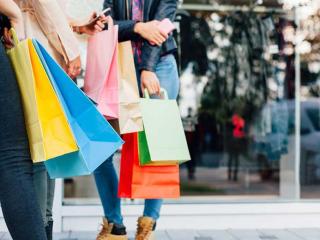 In October of this year, Periscope By McKinsey conducted online research of more than 1,000 consumers in the U.S. to understand their attitudes towards Black Friday and expected shopping patterns.

The findings revealed critical insights for retailers, with consumer apathy sinking in around Black Friday – and the physical store being the place where the effect will be felt most. The main reason for this is that consumers want a better experience – it’s simply about them feeling they can get the same, or better, offers online, without the hassle of facing the store crowds. Retailers have an opportunity to reinvigorate Black Friday and increase their chances of a successful sales season if they listen to what consumers are telling them.

Following are key findings from the study:

Black Friday may be considered one of the biggest shopping events of the year, but the survey showed limited involvement and decreased interest among consumers. Around Black Friday 2015, only a third of consumers (33%) proactively shopped for products, and that lack of interest appears to be growing. In 2016, only 26% of respondents said they will definitely be shopping in the same period, with half (51%) stating they will not. 23% remain undecided, but this is still a significant shift compared to 2015.

There may be a number of reasons for this with both political and economic uncertainty, but there are other factors at play that are reducing the impact of Black Friday.

Asked about their attitudes towards Black Friday, 31% of respondents said that they have always disliked shopping on Black Friday, and 29% believe it is simply a marketing trick with retailers manipulating pricing in the build-up to “convince me I am getting a good deal.”

Steep discounting is a main reason why shoppers are motivated to shop on Black Friday. That of course is no great surprise, with 45% of shoppers saying this.

The second biggest driver is the availability of promotions that are not seen at other times of year, influencing the behavior of 34% of shoppers. This highlights a very difficult balance that retailers need to strike, given so many consumers stating that they feel Black Friday is a “marketing trick.” By understanding how customers respond to category, assortment, and promotion decisions, retailers can obtain insight into whether a promotional activity is driving the desired consumer behavior.

Black Friday is also finding itself a new rising competitor with the success of Amazon Prime Day. 9% of shoppers stated this is of more interest to them than Black Friday. This may also shift spending away from the holiday season, because Amazon Prime Day takes place in July. Retailers need to give serious consideration to how they will compete with this event, which seems to be growing rapidly, and consider whether they have the right tools, analytical capabilities, and processes in place to monitor online marketplace competitors.

How the Black Friday Store Experience is Driving People Online

The ecommerce revolution that has taken place over the last ten years has consistently improved customer experiences. And this year is no different with our research showing that 39% of shoppers plan to do most or all of their Black Friday shopping online (compared to 35% in 2015).

Adding to this, several ecommerce sites and traditional retailers, including Amazon, Macy’s and Sears, recently announced that they are starting Black Friday offers early, with deals available online before Black Friday.

The drive towards online shopping on Black Friday – and before – appears to be led fundamentally by the stress of the experience with 13% of respondents saying that the “stores are just too chaotic” and that shopping online is just easier (27%). Very few consumers are using store shopping as a dominant part of their shopping artillery, with only 7% of shoppers saying they will do most of their Black Friday shopping in-store.

Devices and the Black Friday Experience – How are they Being Used?

While all consumers spend more and more time living their lives through devices such as tablets and smartphones, they do not plan to use mobile devices extensively for their online shopping around Black Friday. Desktop computers are still the dominant devices which 60% of shoppers plan to use this shopping season. Tablets are gaining in popularity, but still only 20% of consumers plan to use them to complete transactions.

Where are Consumers Going to Spend?

Looking at where consumers will spend their money during Black Friday 2016, consumer electronics continues to be king, with 55% of shoppers saying this will be a key category in which they are looking to make purchases. Second place went to clothing with 45%. Home furnishings took third position. While consumer electronics and clothing are the usual suspects for Black Friday shopping, combining home appliances and furniture under the heading of “home furnishings” suggests a growing area. Given these areas tend to be shopped for online rather than in-store, it is certainly a category that we can expect to gain strength in future digital shopping waves.

With only 7% of shoppers saying they will do most of their shopping in stores, it is clear that physical stores need to innovate. The research highlighted that consumers consider the Black Friday experience stressful and inconvenient compared to getting online. The physical store is not dead, but struggling. Therefore, retailers need to find new and attractive ways to draw consumers into their stores, using data-driven insights to inform the buying, assortment, and promotional activities to maximum effect across all channels, giving customers a great experience and drawing them back into the stores.

Retailers can use data they hold to offer better customer service and a personalized experience based on shopper habits, such as recommendations influenced by previous purchases. Other examples could include sending campaign messages one or two days before Black Friday to nearby consumers, leveraging mobile coupons or encouraging them to purchase online and pick up in-store to entice shoppers into stores. In addition, retailers should consider taking the success of the Amazon Prime Days to create a Prime Day for their own online marketplace store, with special promotions and offers.

Black Friday certainly is not going to disappear. But retailers need to take note of behavioral changes taking place in consumers, and experiment with new models of omnichannel shopping. Making these fundamental changes is not easy and requires organizations to overcome significant technology and organizational challenges for them to be successful – but making those changes will be key to their future.

Brian Elliott, CEO of Periscope by McKinsey, led the global consumer pricing practice for eight of his 19 years with McKinsey. He is a founding board member of Periscope and has served as its CEO since 2012.