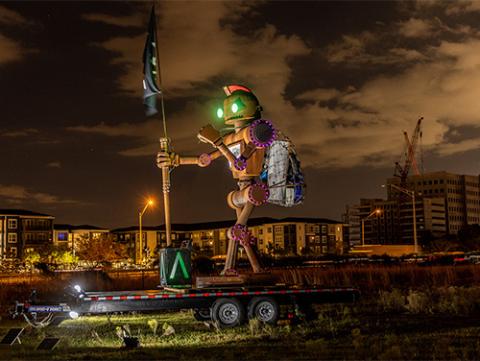 A massive experiential attraction with several districts that will bring together immersive art, entertainment, retail, and dining will open its second location, in the heart of Orlando, Fla.

AREA15, which opened in 2020 in Las Vegas, will make its Florida debut in 2024. The approximately 300,000-sq.-ft. center will be set on 17 acres and feature more than 150,000 sq. ft. of retail space. Located on Interstate 4 in the middle of Orlando’s tourism corridor and resting between Disney World and Sea World, AREA15 is being touted as an attraction that will boost the region’s local arts and culture scene.