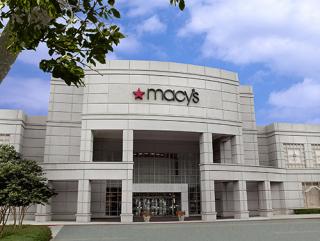 With a 4.3% decline in total revenue and a 3.9% dip in comparable sales, the latest set of numbers from Macy’s suggests that there are more nightmares than miracles on 34th Street. As well as the disastrous top-line numbers, the bottom line has also taken a beating with net income down by almost 97%. Indeed, Macy’s only just managed to stay in the black with a meager profit of $2 million.

The decline itself does not come as any great surprise. For the past three quarters, Macy’s has been bumping along the bottom with comparable sales growth never exceeding 1%. It is also lapping a tougher prior year comparative when sales rose by 3.1% thanks to the mini consumer boom. Even so, the severity of the dip is a surprise and it shows that Macy’s is in a bad position as we enter the holiday season and the potentially slower consumer retail economy that lies beyond.

In our view, Macy’s failure on the sales line comes back to one central problem: the products it sells and the environments in which it sells them are not aligned with what consumers want. Admittedly, some steps have been taken to remedy this – such as the refurbishment of the menswear department at its New York flagship, the addition of concepts like Story to a handful of stores, and the focus on Growth 150 shops – but these things are drops in the ocean when set against the entirety of Macy’s business. They are not going to quickly move the needle in any meaningful way.

Outside of the stores Macy’s has tried to improve, there are a host of other shops that remain plain dismal, down-at-heel and uninspiring. They are hard to navigate and do not meet the needs of the modern consumer in terms of the services or offer they present. It is those stores, some of which are in failing malls but others of which are in relatively successful locations, that are dragging Macy’s down. Even a few simple cosmetic changes would help, but Macy’s seems to be inert when it comes to doing anything about reviving its estate.

On top of this, we believe that even the better stores fail to live up to their potential because the assortment in them is very hit and miss. Macy’s should have been spending the past few years developing compelling own-brand assortments across apparel, home and beauty – rather like Target has been done. This would have bolstered margins and helped to differentiate Macy’s.

However, virtually no serious effort has been made on this front and the result is that Macy’s continues to trade with a jumble of products some of which are good, but many of which do not align with consumer demand. This mismatch is one of the reasons why discounting was so heavy this quarter, with a consequent negative impact on margins and the bottom line.

As poor as current results are, the bigger concern is that they signal Macy’s is unprepared for any potential consumer slowdown. The trading environment was a little softer this quarter but, as Target, Walmart and others have shown, that is no barrier to securing growth. However, this underlines that as conditions tighten, more of the spoils go to those executing well and that those without compelling propositions lose out. Macy’s is in the latter camp and we expect much more customer attrition in 2020.

We are a little more optimistic about the holiday quarter, mostly because Macy’s will be lapping very soft prior year numbers. However, we do not expect the chain to be a big winner. The holiday magic that drives sales was lost a long time ago, and Macy’s has consistently shown a lack of interest and willingness in reviving it.