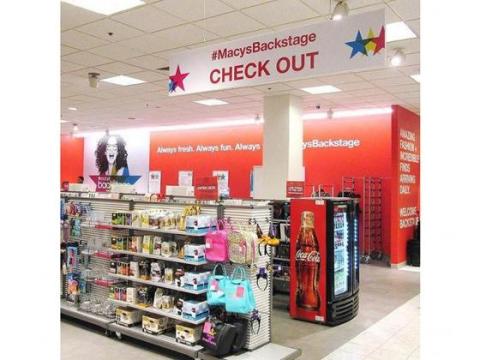 Macy’s is expanding its off-price Backstage concept – in-store and in freestanding locations.

Macy’s is proceeding with its previously announced plan to close about 120 “neighborhood door,” with about 60 left to shutter, according to the report. (The neighborhood stores are mainly situated in underperforming malls where Macy’s has other stores in close proximity.)

“This really allows us to concentrate our store locations in the most productive A and B malls,” Macy’s CFO Adrian Mitchell said.

Macy’s executives struck a positive note at the conference, noting that the government stimulus and increased vaccination rates are helping to drive shopping.

“We’re very excited about what we’re seeing right now with the consumer and what’s going on in the macro environment,” said Gennette. “So the momentum that Macy’s Inc. banner brands had in the fourth quarter is continuing into the first quarter. …  Our existing customer base, our core customer, they’re getting stronger, and we’re certainly seeing increased spend as they’re re-engaging with the brand.”