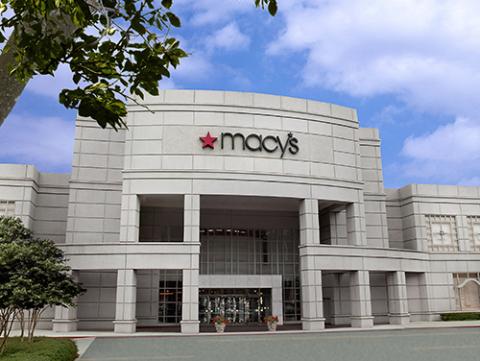 Macy’s Inc. is slashing staff and shuttering stores and closing its downtown Cincinnati offices as part of a three-year plan that it said is designed to stabilize profitability and position the company for growth.

The department store giant plans to close approximately 125 of its least productive stores during the next three years, including approximately 30 locations that are already in the process of being closed. Macy’s said the 125 stores currently account for approximately $1.4 billion in annual sales.

Macy’s said the decision to shutter the stores followed a “rigorous evaluation” of its store portfolio. The review included a store-level assessment of each store’s overall value to the fleet, including predicted profitability based on consumer trends and demographics.

The retailer also is streamlining its organization with a net reduction in its corporate and support function headcount of 9%, or approximately 2,000 positions.

In another big move, Macy is making New York City its sole corporate headquarters. The company will close its San Francisco, downtown Cincinnati and Lorain, Ohio, offices. It also is closing its customer contact center in Tempe, Arizona, consolidating all customer service work into its Mason, Ohio, and Clearwater, Fla., facilities.

“We are taking the organization through significant structural change to lower costs, bring teams closer together and reduce duplicative work,” said Macy’s chairman and CEO Jeff Gennette. “This will be a tough week for our team as we say goodbye to great colleagues and good friends. The changes we are making are deep and impact every area of the business, but they are necessary. I know we will come out of this transition stronger, more agile and better fit to compete in today’s retail environment."

Macy’s also announced, as was previously reported, that it is testing a new store format. The concept, called Market by Macy’s, is smaller than an average Macy’s store and will be located off-mall in lifestyle centers. It will feature a mix of curated Macy’s merchandise and local goods, as well as local food and beverage options and a robust community events calendar. The first Market by Macy’s will open in Dallas, on February 6, 2020.

Beginning in 2020, Macy’s  expects to generate annual gross savings of about $1.5 billion, which will be fully realized by the end of 2022. For 2020,  Macy’s is anticipating gross savings of roughly $600 million, “some of which will flow to the bottom line in order to stabilize operating margin.”

Other initiatives announced in line with Macy’s three-year plan are below.

• Macy’s will continue to expand its off-price offering, Macy’s Backstage, during the next three years. In 2020, the company plans to open an additional 50 Backstage in-store locations in Macy’s stores and seven additional freestanding, off-mall Backstage stores.

• Macy’s will roll out its “Growth” treatment to an additional 100 stores in 2020. The update includes improvements to the physical store, as well as investments in merchandising strategies, technology improvements, talent and local marketing. To date, the treatment has been applied to 150 locations, which account for approximately 50% of 2019 total stores’ sales. The updated stores continue to outperform the balance of the fleet, according to Macy’s.

“We have an opportunity to build a broader yet integrated Macy’s experience within a metropolitan area by investing in our magnet stores, building freestanding Backstage locations and testing new, off-mall store formats,” said Gennette. “The more convenient, brand-right touchpoints we have, the greater loyalty and engagement we engender. This will enable us to grow with the next generation of American shoppers.”

•The  company is implementing a new private brand sourcing strategy that is expected to reduce costs and improve speed and is redesigning its fulfillment network, which is expected to improve inventory productivity through increased sell throughs and lower markdown rates.